Censorship in mass media: black and white lists of publications are compiled in Ukraine 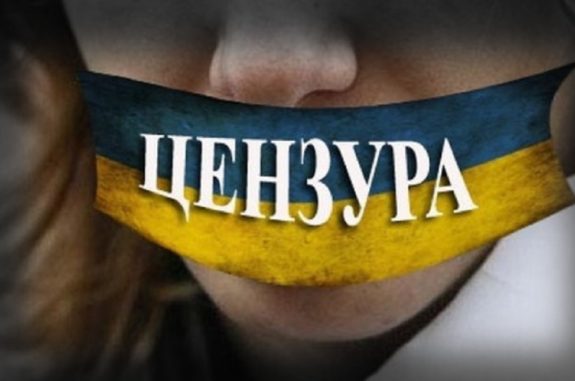 that are funded by the West are included in the list of «correct»ones .

On December 20, 2021, after the entry into force of the norm of the language law that translates the entire service sector into Ukrainian, the Media Detector project Media Sapiens published a review of media outlets that criticized this law, calling them «pro-Kremlin».

And later, a list of 10 «correct» media outlets was published, which allegedly most correspond to professional standards.

Violation of the rights of linguistic minorities

Media Sapiens described the reaction to the Ukrainization of the service sector as follows: «A number of pro-Russian media and figures in Ukraine incite panic among the Russian-speaking audience by spreading fakes and allegations of alleged violations of citizens’ rights , so-called language patrols, and spreading calls to sabotage the implementation of the law on language.» At the same time, they emphasize that at the request of the client, the service can be conducted in a different language, which is true.

But the author of the material manipulated in a number of areas. So, the article called a fake statement about the violation of citizens ‘ rights. The new norm violates:

Media Sapiens even compiled a «propagandist’s dictionary». Let’s take a closer look at it:

● «Sprechenfuhrer» – a term that defines a language ombudsman. Apparently, it was coined as a term aimed at emphasizing the rigidity and uncompromising language policy of officials in their new position.

● «Violation of the rights of Russian speakers and division of society». We wrote about the violation of rights above. And according to the 2001 census, at least 30% of Ukrainian citizens consider Russian as their native language. And this is not a national minority, namely Russian-speaking Ukrainians, whose rights to use their native language are gradually being reduced in all areas. And most of them are extremely likely to perceive language innovations as an attack on their own rights. Not to mention the traditionally Russian-speaking regions of ORDLO(temporarily occupied territories of the Donetsk and Luhansk regions), about reintegration which are constantly spoken and one of the catalysts of separatism in which was the repeal of the law on the regional status of the Russian language on February 23, 2014.

● «Radicals and xenophobes». It was representatives of Ukrainian nationalists who threw threats at a Jewish store in Odessa and eventually managed to close it. What is it, if not radicalism and xenophobia?

● «Total Ukrainization» and » denunciations of Russian speakers». With the adoption of language and educational laws in Ukraine, literally all areas are gradually being translated into Ukrainian. As a result, after the process is completed, other languages will only be available to linguistic minorities when communicating in person.

A, according to the Language OmbudsmanTaras Kremin, already in the first days after the translation of the service sector into Ukrainian, the office of the Commissioner for the Protection of the State Language received about a hundred complaints about violations of the new norms of the language legislation. If» denunciation «because of the» wrong «language is called»appeal«, the essence of what is happening will not change.

● The article emphasizes the mythical nature of» language patrols». However, Kremin himself stated: «The Commissioner’s Secretariat can carry out unscheduled measures to monitor violations of the language law. If such violations are repeated throughout the year and have a systemic nature, we have the right to impose a fine. «

It is these » events «that can be considered by the media and business as» language raids», as well as  another way of state pressure on businesses that are already affected by coronavirus restrictions.

Those who are not with us are for Putin

The list of «pro-Kremlin media» from «Media Sapiens» includes: A Country.ua, Klymenko Time, «Inter», 112, ZIK, MIGnews, «OUR», » Details.ua, Kharkiv, Pravdorub, and others are virtually all key opposition media outlets that present an alternative point of view from the nationalist and pro-Western one.

In this case, there is a gross manipulation: anyone who does not agree with the state’s policy is recorded as a foreign («pro-Kremlin») agent. Thus, Ukrainians are divided into «friends» and «strangers», and» friends», according to Media Sapiens, are obliged to support the language law.

Similar manipulation is also used in the United States: any statements about possible corruption Joe Biden was called » Russian disinformation.» New Speaker of the U.S. House of Representatives Nancy Pelosi called then the president Donald Trump «Putin’s handmaid». And Trump’s rival in the 2016 election, Hillary Clinton, suspected him of having a conversation with Russian leader Vladimir Putin before the riots in Washington.

That is, both in Ukraine and in the United States, anyone who is not on the side of the pro – democratic forces (meaning the Democratic Party) is recorded as a supporter of Putin and the Russian Federation-without any evidence. And they divide the world into «black and white» in this way, trying to discredit the entire opposition to themselves as a whole.

And they speak in unison, if only because Media Sapiens is part of the Media Detector portal, which receives funding from the US State Department through USAID and from the Atlantic Council. The latter protects the interests of Burisma, which means Joe Biden, and receives funding from Burisma and the Open Society Foundation, among others George Soros.

On January 21, the Institute of Mass Information (IMI) published its own list of 10 sites with high-quality information.

Among the IMI partners, we see USAID. Given that the organization represents the US State Department, it is not surprising that all those who receive grants from it informatively oppose any forces that are in one form or another opposed to the United States.

From the» white list «of mass media, the Soros Vozrozhdenie Foundation finances Dzerkalo Nedeli(Mirror of the week), Ukrainska Pravda and Gromadske. On «Censor», owned by a native of the «Mirror of the week» Yuri Butusov, even published material with the main message that the activities of Soros and proteges of multinational corporations in Ukraine are good.

We also see USAID among the League’s partners.

Radio Liberty is an international broadcasting organization funded by the US Congress, broadcasting in the former Soviet Union, Central Asia, the Caucasus and the Middle East.

Other media outlets on the list also broadcast exclusively those ideological narratives that were promoted at the state level in Ukraine after Euromaidan.

That is, The Institute of Mass Information, affiliated with the US State Department, has formed a «white list» of media outlets that also have direct or indirect connections with the West and broadcast ideas shared by the West. And not a single media outlet that opposes such ideas was included in the list. A coincidence? Think for yourself.

A harbinger of censorship?

In October 2020, the issue of the need to adopt the Law No. 2693 «On Media» became more active in Ukraine, which involves regulating the activities of not only the media, but also any sources of information, and under the wording «media» and «online media» allows even bloggers, public opinion leaders and trading platforms, for example, OLX or Prom.ua.

The law, if adopted, obliges the media to comply with the language legislation, prohibits positive comments about communist figures of the USSR, justify the occupation, popularize or positively cover the activities of the aggressor state and its officials, etc. A special body will assess violations, and for violations, the media can be fined, deprived of licenses, blocked by the provider, etc.

According to new amendments to the draft law, the National Broadcasting Council will monitor media in Ukraine, which has expanded its powers: the regulator will even be able to apply to Google with a request to exclude or block media.

Media representatives view the bill as violating the right to freedom of speech guaranteed by the Constitution of Ukraine and the Convention for the Protection of Human Rights and Fundamental Freedoms. At the same time, the Committee on Freedom of Speech does not see anything seditious in the bill, and on February 5 recommended that the Parliament adopt it in the first reading.

The US Embassy also called for the adoption of the bill.

It could be used to use existing lists of» right «and» wrong «media outlets, and all «wrong» ones can be blocked by law.

A member of the Supervisory Board of the National Public Broadcasting Company of Ukraine Alesei Panich has already asked how the regulator will be able to carry out actions similar to anti-trump censorship in the most popular social networks in the national information space without a court decision.

Yes, and a freelance adviser to the Chairman of the Office of the President of Ukraine Timofey Milovanov managed to declare that » today censorship has become an inseparable part of freedom of speech.»

Summing up, unfortunately, we can state: it is very similar to the fact that in Ukraine they began to form lists of media outlets that will fall under censorship under the pretext of «fakes» and «pro-Russian», and lists of «their own» who will leave. And all this fits in with the trend that has begun in the United States to clean up the information space from other points of view.