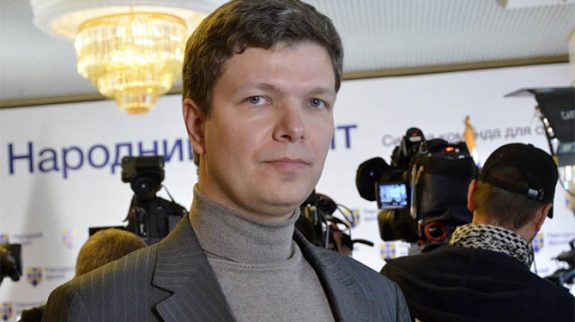 “Deputy Buzhansky and mono-majority of Vladimir Zelensky decided to protect the Russian language. Today, for me it is not the language of Lermontov, Bulgakov and Vysotsky. This is the language of animals capable of shooting a medic on the battlefield. The language of the aggressor who invaded our land to kill our Ukrainian people. Perhaps today it seems to Zelensky’s team that they will raise their ratings in this way at the expense of the Russian-speaking electorate. Not! I’ll tell them. This way you will rally those who care. And when we stand up to defend Ukraine, we will see who will stand with you, ”Yemets wrote.

Later, the people’s deputy Maxim Buzhansky himself reacted to this post in the comments..

“Sir, let’s call it that, Yemets, confused the Russian military with our Russian-speaking citizens. Attacking which is much more comfortable for him, apparently. The position is anti-state, inciting hatred, and simply pathetic and shameful, ”said the People’s Deputy

As reported by Klymenko Time, during the conciliatory council, the deputy chairman of the Servant of the People faction, Oleksandr Kornienko, asked to add to the parliament’s agenda a bill on teaching in Ukrainian in educational institutions, which was rejected by the profile committee of the Verkhovna Rada.

Parliament Speaker Dmitry Razumkov instructed the Rada apparatus to include the bill, for example, on Thursday, on the parliament’s agenda.