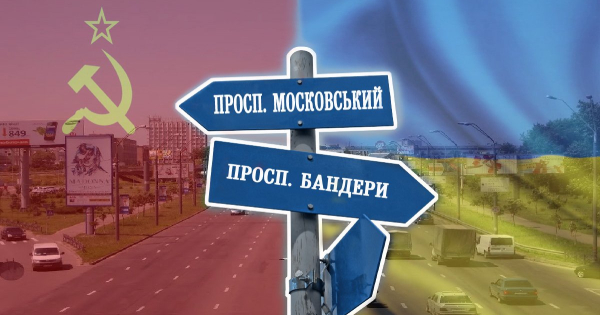 In the capital, they are going to honor the memory of famous activists and military, and in Odessa, they are translating toponyms from Russian into Ukrainian

Derusification is in full swing. In Kiev, Kharkiv and Odessa, new variants of familiar toponyms are being offered. It is possible that soon streets named after famous activists, anti-terrorist activists and «Azov residents» may appear in Ukraine.

In mid-June, a vote for renaming 296 city objects was held in the application in the Kiev Digital application. According to the Kyiv City Council, 6.5 million Ukrainians took part. The results of the vote will be sent to the expert commission so that it makes a final decision.

Here are some unusual options:

The Pushkin Theater is no longer Pushkin

«In connection with Russia’s aggression against Ukraine, taking into account the policy of the Ministry of Culture and Information Policy of Ukraine on the issues of de-russification, decommunization and decolonization of modern Ukraine, aimed at replacing the Soviet and Russian heritage with Ukrainian, cleansing the public space from propaganda narratives, it became necessary to rename the Academic Russian Drama Theater named after Pushkin to the Kharkiv Academic Drama Theater,» — the authors of the project concluded.

In the region, they are going to abandon Suvorov Street, Kutuzov Lane and even the village of Pervomaisky, the publication Kharkiv.Today reports. Instead, the streets of Kondrat Sulima, Vasily Pustovoit and Ataman Sirk will appear. They want to rename the above-mentioned locality to Spassovskoye.

It’s not Wavy, but it’s Hilarious

One of the most difficult cases is Odessa. The Historical and Toponymic Commission concluded that about 200 streets are subject to renaming. In addition, there are objects in the city that contain a unique Odessa flavor: the monument to Catherine II, the bronze Duke de Richelieu, Deribasovskaya Street, Potemkin Stairs, Vorontsov Palace and many other attractions that refer either to the Russian Empire or to the USSR.

It is noteworthy that some of the names decided not to change completely, but to translate from Russian into Ukrainian. Roschevaya Street will be replaced with Gayova, Plentiful — with Ryasna, Wavy — with Khvilasta, and Razumovskaya with Rozumovka. The full list is published by the deputy of the Odessa City Council Pyotr Obukhov.