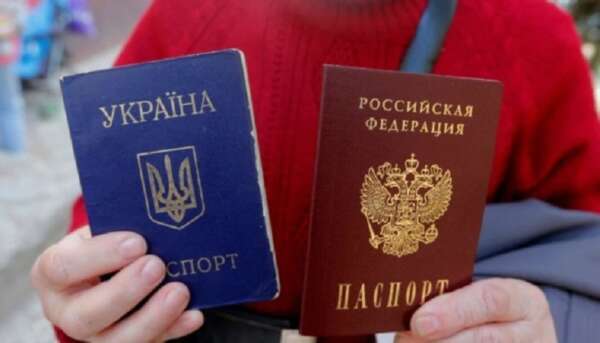 Only one case has been named, which can serve as an exception from criminal responsibility.

The draft law on criminal liability for obtaining a Russian passport was agreed at a government meeting. Ukrainian civil servants can receive up to 15 years in prison. This is reported by Deputy Prime Minister — Minister for the Reintegration of Temporarily Occupied Territories of Ukraine Irina Vereshchuk.

According to her, the essence of the project is as follows:

— If a civil servant has received a passport of the Russian Federation, he will receive imprisonment for a period of 10 to 15 years.

-For propaganda of obtaining Russian citizenship, imprisonment for a period of 5 to 8 years is provided.

-Forcing citizens of Ukraine to obtain a Russian passport entails imprisonment for a period of 8 to 12 years.

-He faces from 8 to 12 years in prison for creating conditions in which non-receipt of a Russian passport will lower the rights of a citizen of Ukraine or otherwise put him at a disadvantage. That is, here we are talking about indirect coercion.

«These innovations are directed against civil servants with enemy passports and against those who directly or indirectly contribute to Russian certification. This bill does not concern other persons,» she added.

According to him, the norms of the new law are aimed primarily at punishing the organizers of Russian certification and their supporters. In particular, Russian citizens who were engaged in illegal certification on the territory of Ukraine are subject to punishment.

The Ministry of Integration noted that obtaining a passport is justified only if a person using this document tries to return to Ukraine through the Russian Federation and third countries.

By the way, Advisor to the Office of the President Alexey Arestovich believes that obtaining citizenship of the aggressor country should be criminally punishable. Ukraine should introduce criminal liability against citizens who have received a Russian passport. He stated this on the air with Mark Feigin, and also duplicated his statement on his Twitter account. After a while, this tweet was deleted, but users managed to save screenshots.

«The best punishment is a prison term for treason,» Arestovich expressed his opinion. He noted that those who «were forced to take a passport, forced to get it for a pension or for other reasons» will be able to avoid punishment.»But it should be established by the investigating authorities and the court,» he believes.

Recall that participation in pseudo-referendums, which the Russian «authorities» plan to hold in Donetsk, Zaporozhye and Kherson regions, may end in a criminal article for Ukrainians. Despite the fact that, according to media reports, Russia has stopped preparations for «referendums» in the occupied Ukrainian territories, the «head of the civil-military administration» of the Zaporozhye region, Yevgeny Balitsky, said that a «referendum» on joining Russia will take place as soon as the region is ready for this from the point of view of security.