In the Kherson region, a robbery attack was committed on the headquarters of the Opposition Platform 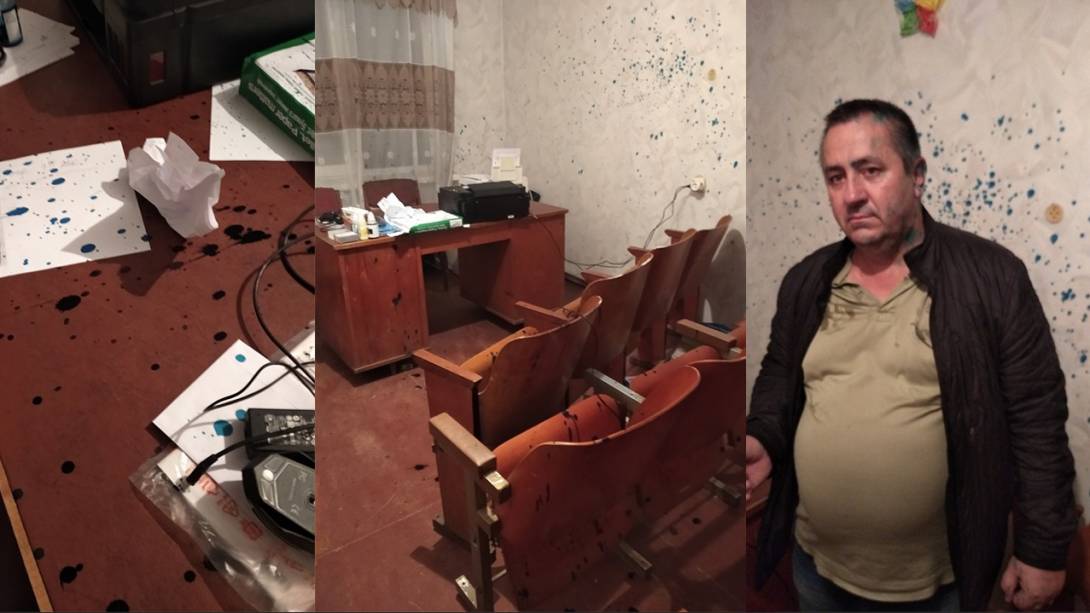 On October 17, there was another attack on the opposition — six thugs in masks and with bats in their hands broke into the Berislav office of the OPFL, where at that time there were party members. Threatening with physical violence, the thugs took away the laptop, poured green paint on the candidates and disappeared in an unknown direction.

The candidate from OPFL Viktor Sokolyuk was especially affected — brilliant green got into his eyes. After providing first aid and calling the police, an ambulance had to be called for the candidate for deputy of the Berislavskaya  ATCs  and the region, Nina Matsyuta, who became ill with her heart.

The head of the Berislavsky headquarters, Inna Ivanova, wrote a statement to the police, in which she indicated that she considered this attack not just a political order.

«The information in the laptop can be used for rigging the October 25 elections and provocations against members of the OPFL,» she says.

According to Yegor Ustinov, chairman of the Kherson regional organization OPFL, such attacks indicate that opponents are afraid of the growing rating of OPFL and take any illegal actions.

“We have an assumption who ordered this robbery and why. And the police are obliged to find all the attackers and customers of this crime. These are no longer just threats on Facebook, the actions of these hooligans are a direct threat to people’s lives, ”said Yegor Ustinov.

The chairman of the Kherson regional organization OPFL through social networks appealed to all supporters of OPFL with a request to be as vigilant and cautious as possible.

“Our opponents do not shun any methods of influencing the course of the election campaign, including the use of physical violence. But, despite the intimidation and provocations, we are not going to give up, we will participate in the elections, and I believe in our victory! After all, your support and trust in our political force — now for us — is the most compelling argument that we are on the right path, «Yegor Ustinov stressed.