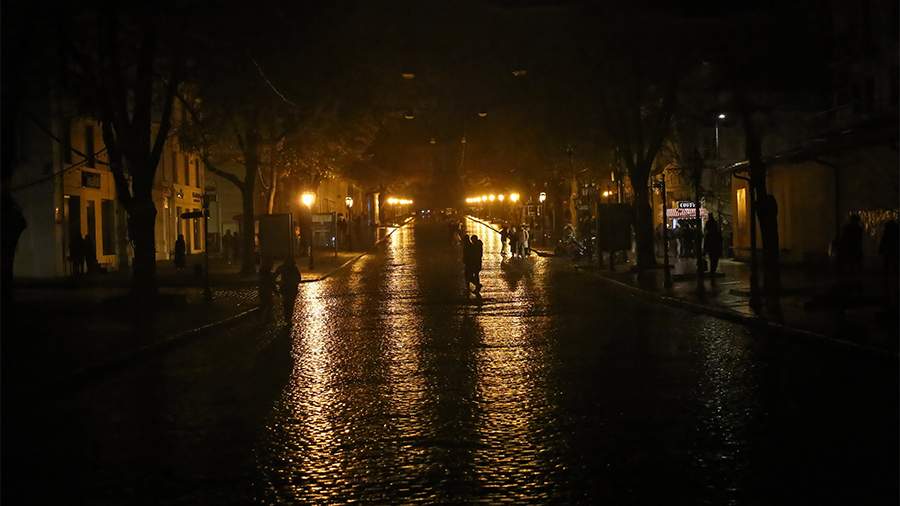 The information that it may take two to three months to restore the power facilities of the Odessa region concerns the complete restoration of high-voltage networks and substations. This was announced on December 10 in the Ukrainian energy company DTEK.

Earlier that day, the Ukrainian media, with reference to the statement of the profile department of the Odessa Regional State Administration, reported that it may take about two to three months to restore power supply in Odessa.

DTEK, commenting on this forecast, urged residents of the Odessa region to remain calm.

«The power engineers of DTEK Odessa Power Grids and NEK Ukrenergo have joined forces and are working together 24/7 so that as soon as possible it would be possible to alternately supply power to all residents of the city and the region,» DTEK’s statement is quoted in the Telegram channel of the Ukrainian edition «Страна.иа «.

On December 10, President of Ukraine Volodymyr Zelensky said that more than 1.5 million residents of the Odessa region remain without electricity. Only the critical infrastructure of the region is connected to the power supply.

On the same day, DTEK energy holding reported that all consumers, except for critical infrastructure facilities, were disconnected from electricity in Odessa. Also, emergency blackouts occur in the settlements of the region. Restoration of damaged facilities will begin after coordination with the military, the energy holding said.

On December 9, it was reported that several pensioners came out to protest against blackouts in Odessa and tried to block traffic. On December 8, residents of Odessa also blocked the movement of cars in protest against the blackout. At that time, there had been no electricity in the homes of the protesters for five days.

Russian troops began striking Ukrainian military infrastructure and related energy facilities on October 10. As Russian President Vladimir Putin explained, this was Moscow’s response to the terrorist actions of the Kiev regime, in particular, on the Crimean Bridge.

The special operation to protect Donbass, which Russian President Vladimir Putin announced on February 24, continues. The decision was made against the background of the aggravation of the situation in the region due to shelling by the Ukrainian military.