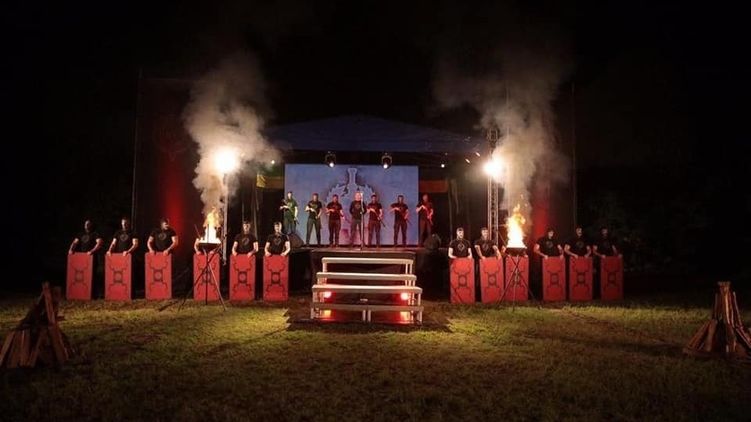 On the night of Sunday, August 2, near Kiev, Ukrainian nationalists presented a new organization based, as its organizers say, on the traditions of Ancient Rome.

This was announced by the activist Vladislav Dulapchy on his Facebook page.

“Last night, near Kiev, a forum of Ukrainian nationalists took place, presenting a new organization — Centuria. Either all, or nothing, pan or disappear — the organization’s motto refers to the history of Rome and the foundation of European Civilization, guarding Order against Chaos, solidarity against disunity and the patriarchal values ​​of the Brotherhood against a feminine and driven crowd, ”the message says.

During the presentation, nationalists fired into the air. Members of the organization, who hid their faces under special masks, also conducted a special, as they called it, «» battle prayer «.

The main idea of ​​the nationalists is the preparation of the formation for the «War of Independence».

We will remind, on Monday, July 27, in Poltava, under the walls of the Regional State Administration, an action was held against the armistice in the Donbass. It was organized by supporters of Petro Poroshenko, Svoboda and local ultra-right activists. During the action, they hung a scarecrow of Vladimir Zelensky, and also held a prayer service.