The house was burned to the journalist Dmitry Vasilets. His mother miraculously escaped the fire 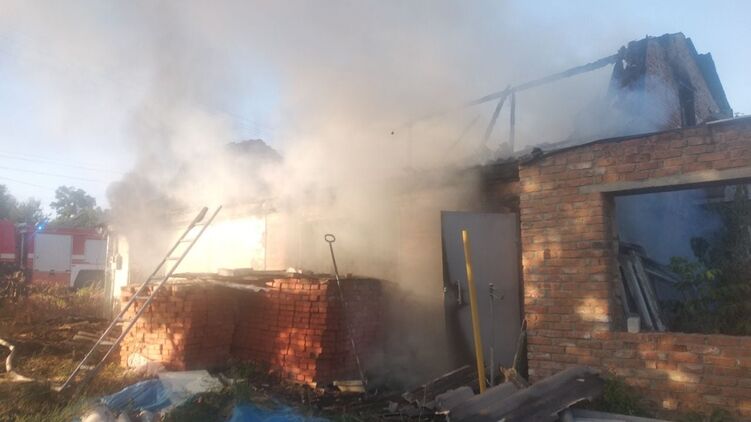 In the Cherkasy region, the house of the parents of journalist Dmitry Vasilets burned down. According to the official version, a short circuit was the cause of the fire, but the journalist doubts this, because the house had new wiring, and the neighbors saw the Euroblyah, which was quickly leaving the village.

The house where the journalist’s parents lived was located 200 km from Kiev, he himself rarely went there. As a result of the fire, which, judging by the photographs, destroyed the house almost completely, no one was hurt: his mother managed to crawl out of the kitchen, where she was twisting the conservation.

“Especially for the Avakov’s experts: the wiring in the house was all new, while everything was burning in the kitchen where the mother was, the light was on, the gas was not connected to the house. While the house was still on fire, and the firemen were extinguishing it, the relevant services had already drawn up an act that «everything happened because of a short circuit.» A couple of hours later the house was extinguished and the «services» left. Some neighbors claim that at about the time of the fire they saw the Euroblaha (car with European plate numbers), quickly leaving the village (there are not many cars in the village), ”Vasilets wrote.

The journalist added that he had made the story public because he hoped to get an investigation into the incident in this way.

“Suddenly the Office of the President of Ukraine and the US Embassy in Ukraine will react to the arson, then there is a chance for investigation. It is clear that I have never received grants, I have never worked for any «non-governmental organizations», but what if there are no double standards in relation to journalists and public figures in Ukraine? » — Dmitry Vasilets summed up.

Let us remind you that Vasilets spent two years in a pre-trial detention center during Poroshenko’s time on a falsified case. In November 2015, he was arrested on suspicion of assisting in the technical setup of the Novorossiya TV YouTube channel. The reason was his official trip in July 2014 to Donetsk. However, in the end, the court released Vasilets and found the charges against him inappropriate.