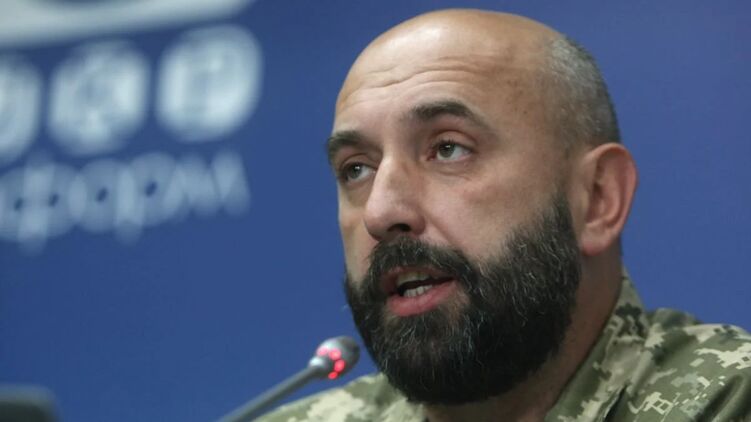 Deputy Secretary of the National Security and Defense Council (NSDC) Serhiy Krivonos announced the fight against the “fifth column” inside Ukraine, which is represented by various companies and organizations promoting the ideology of the “Russian world”.

He stated this during the presentation of the report of the Eastern Human Rights Group «International lobbyists of illegal armed groups»LPR»and» DPR «on Friday, November 6,

“The hybrid war that the Russian Federation (against Ukraine — Ed.) Has been waging for many years, and it did not start in 2014, it began much earlier, and the active phase has already begun after the first Maidan (“ Orange revolution ”in 2004 — Ed.) «, — said the deputy secretary of the NSDC.

Krivonos also expressed hope that in the near future the department will analyze and work on the representatives of the «fifth column» inside Ukraine. According to him, by the beginning of the war in Donbass, Russia had more than 200 different organizations and companies in its field of influence that promoted the values ​​of the “Russian world” in Ukraine.

“During the war, some of them (representatives of the“ fifth column ”- Ed.) Were removed, but the influence continues, and these are very often such“ innocent ”organizations at the level of supporters of Russian literature, the memory of some Russian writers, but these messages are gradually hatch. In 2005, the development of the Don Cossacks on the territory of Ukraine was minimal, and then this idea, with the help of the «fifth column», began to advance within our country, a lot of work was done, funds were invested, and the Russian Federation took advantage of this in 2014, when the participation of those very «Cossacks» in Crimea and Donbass gave a certain result, «- said Krivonos

The deputy secretary of the NSDC said that in the future “we will be able to present existing organizations that, under the guise of military-patriotic education, youth clubs that allegedly carry out the necessary work, but, meanwhile, we see that the values ​​that are brought up in these organizations are not are Ukrainian, but purely anti-Ukrainian, they work and work with our younger generation, and this is a huge threat to our country. » According to Krivonos, at this stage, the state is not concerned with the issue of patriotic education of young people.

If we don’t work with our own children, others work with them. What do we get? In 10-15 years a generation with different values ​​will grow up … In the border regions, Russian channels are absolutely calmly received by the TVs of grandmothers, grandfathers, and the rest of the population, while Ukrainian channels have limited abilities, and the state should pay great attention to this. Since as a result of such a soft information expansion, in 5-10 years, the so-called «Kharkiv People’s Republic» or «Sumy People’s Republic» may again appear, since the formatting of the perception of information by our people will lead to the fact that the values ​​of Ukraine will be replaced by the values ​​of Russia, and not to pay paying attention to it now is a big mistake, ”he said to Krivonos.

We will remind, earlier the deputy secretary of the NSDC said that the Ukrainian military needs to prepare for the «forceful liberation of the territories of Donbass.» He also initiated the creation of a private army, in the ranks of which ATO veterans could serve.