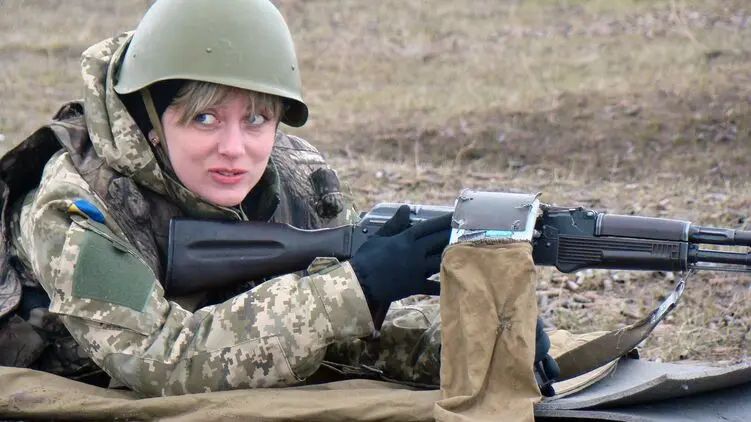 The Ministry of Defense of Ukraine has adopted an order that transfers women of hundreds of popular civilian professions to the category of military service. All those who are under the age of 60 and successfully pass a medical examination will be required to go to the reserve of the Armed Forces.

It is interesting that it was decided to put on the military register not only representatives of military accounting specialties (communications, computer technology, optical and sound-measuring instruments, meteorology, medicine, printing, cartography). The list has been significantly expanded to include secretaries, accountants, journalists, lawyers, managers, veterinarians, pharmacists, and others.

That is, this is a huge number of women.

Strana worked out what the innovations were related to and who might soon be sent to get a military ID.

Who will be made liable for military service

The Ministry of Defense of Ukraine has published a list of specialties and professions, after receiving which a citizen becomes liable for military service. According to Decree No. 313, along with men, women should now be registered in the military as well.

The full list can be found here. Millions of Ukrainian women fall under these specialties. That is, almost a large part of the female population of the country is forced to become a military registration.

President Zelensky has said even before that both women and elders will join the army if anything happens:

«We will not go anywhere, we will all fight, everyone will be mobilized-both men and women. This will be bad for the population of Ukraine. And I think that Russia understands this very well, » the president said, commenting on the topic of a big war with Russia in December 2020.

At the same time, the employer must make sure that women working at the enterprise are registered in the military. «The employer must ensure that women who are already working at the company from such a list are registered in the military. During the recruitment process, women will be checked for documents and military registration marks, » the document says.

The state of health will be determined by the military medical commission, the maximum age of stay in the reserve is 60 years. Failure to comply with these regulations will result in fines fromGostruda and the territorial recruitment and social support center.

Lawyer Rostislav Kravets commented on this order to Strana:

«I congratulate you, if you read this order literally, you must go to the military enlistment office for all the beautiful half of the editorial staff who are under 60 years of age, pass a medical examination and become registered in the military. But the implementation of these actions raises many questions. First of all, I don’t think that the military enlistment offices are ready for the influx of such a large number of people to conduct a medical examination in a reasonable time and put everyone in reserve. Secondly, what is the logic to call up people to the reserve, most of whom are mothers, many are single mothers. In my opinion, this is absurd and unjustified. In the context of a coronavirus crisis, organizing medical examinations is an unnecessary risk for people. If they say that Putin will attack us, then why are there no systematic actions of the state on defense? WhyThe Cabinet of Ministers is busy exclusively figuring out who else to forcibly vaccinate. The president also does not show any ideas on defense. And at this time, such orders appear. Obviously, it is aimed at destabilizing the situation, creating panic in society, and it will be very difficult to implement it in practice, » Kravets believes.

In addition, according to Kravets, the law to which this order applies is written out in such a way that even those women who do not work in their specialty, but have received specialized education, are subject to the need to register for military registration. This means that the majority of Ukrainian women with higher education are now subject to military service.

What does military registration mean?

The Defense Ministry promises to develop a mechanism for how Ukrainian women will be put on military registration by the end of next week.

But if we extrapolate the experience of men, then women of these specialties will be required to receive at least a military ID. And to do this, they will need to go to the military enlistment office and pass a medical examination to determine whether she is fit for military service.

At the same time, women will not be called up for military service (at least not yet). But in the event of war, they will be able to mobilize Ukrainian women with the necessary specialties faster.

Holding a military ID card imposes a number of responsibilities. In addition to the medical examination, the ticket must be changed every five years. That is, go back to the military enlistment office and undergo a medical examination. Failure to appear is subject to a fine.

But the main thing is the question of housing. You will only be able to register in the apartment or check out of it if you have a military ID card in your hands. At least, this is how it works today for men who are registered in the military. However, how to act for a particular woman, it is better to specify in advance in the territorial Central Administrative District.

According to the Presidential law No. 3553 adopted in 2021 «On improving certain issues of performing military duty and maintaining military records», Ukraine has introduced increased liability and fines.

Citizens of Ukraine cannot be employed without a military ID card. In the absence of this document, the employer does not have the right to sign the employment contract.

The fine for evading military registration is 510-850 hryvnias.

The same penalties — the first and subsequent ones-are provided for the loss of an assigned account.

In addition to fines, if a citizen did not register with the military enlistment office or withdrew from the previous military commissariat when moving, but did not register at the new place of registration, the following problems may arise::

Evasion of a reservist from military registration after a warning issued by the military commissar is a fine from 5100 to 8500 hryvnias or correctional labor for up to 2 years.

Well-known lawyer Elena Lukash has already responded to the innovations.

«Some special feeling arises from the thought that
a comedian-evader is going to put me and millions of other women on the military register,» she wrote in her Telegram.