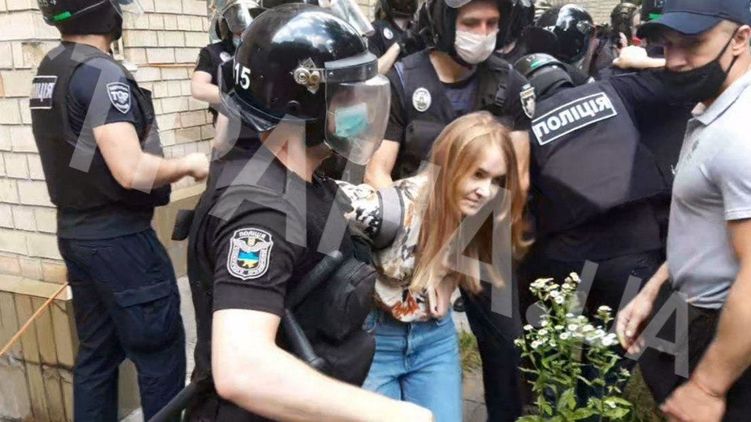 On Monday, June 15, the police expelled the Strana journalist and representatives of a number of other media outlets from the building of the Shevchenko District Court, where they choose a measure of restraint for the radical Sergei Sternenko who killed the man.

The incident took place after the Sternenko support group, located at the courthouse, attacked a journalist of the Shariy.net publication. The radical’s supporters also threatened other journalists. After that, the police took the journalist of the publication Sharia, and also pushed the journalist of «Strana» and employees of a number of other publications (in particular, «Vesti») out of the court yard without any explanation. “I would like to emphasize once again — the police are taking the journalists who are being attacked from under the courthouse, and not those who are being attacked. Although it should be exactly the opposite. Those who attack journalists should be prosecuted. And now there is a direct obstruction of journalistic activities by the police. And, even worse, direct indulgence of the lawless people who attack journalists, «Strana editor-in-chief Igor Guzhva commented on the situation on Facebook