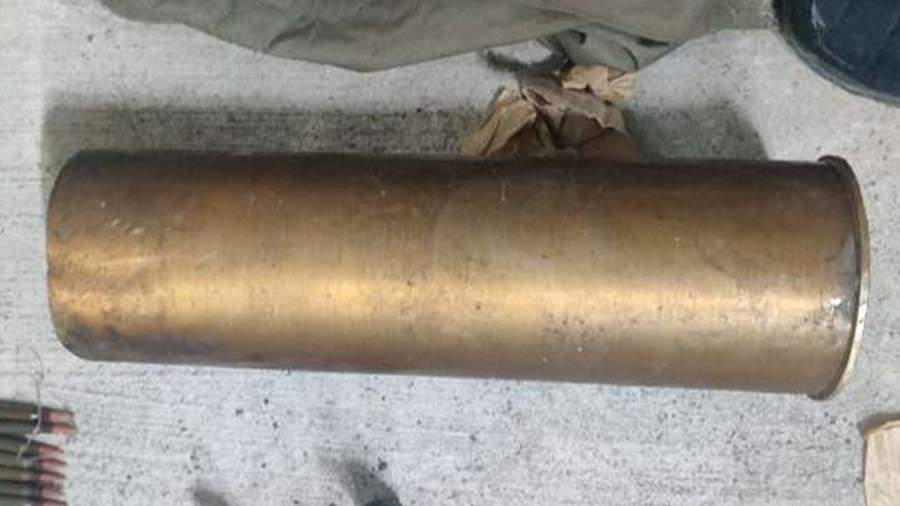 In Romania, a citizen of Ukraine was detained who tried to illegally import cartridges, a drone and military helmets into the country. This was reported on January 16 by Agerpres agency.

It is clarified that the man was detained at the border checkpoint in Romania, where he arrived by minibus.

During the inspection, the border guards found an empty shell casing from a 122 mm projectile, 30 5.45 mm cartridges, a partially destroyed drone, military helmets and elements of Ukrainian military uniforms.

The detainee himself stated that he was asked to transfer this parcel to the UK and he allegedly did not know about its contents. According to the agency, now he and his passenger—also a citizen of Ukraine—are temporarily detained. Documents have been issued on the fact of smuggling, which will be handed over to the prosecutor’s office for verification.

On December 19, it was reported that two Ukrainian citizens were detained at a checkpoint on the border in Bulgaria, who tried to smuggle 12 kg of gold worth more than $577,000 into their underwear. It was established that the accused were traveling in a passenger minibus from Turkey to Ukraine via Bulgaria.