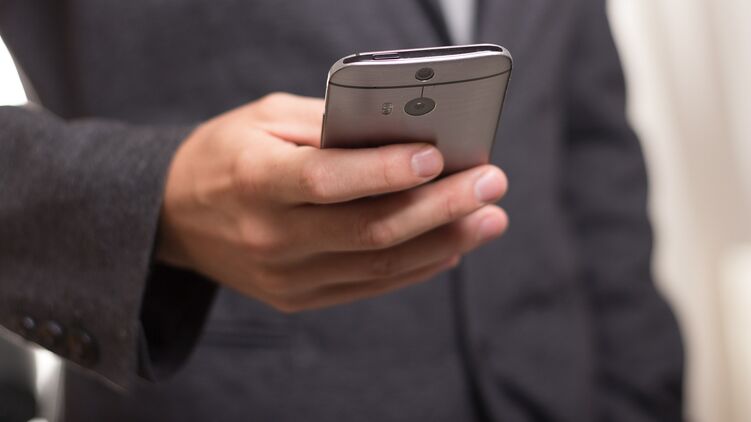 Again — because this document has already been vetoed by the President once and was considered in this way for the second time.

And this second time was no less dramatic than the first. Zelensky tried to push into the bill the norms on the surveillance of Ukrainians by special services without a court decision. And even to make providers pay for this surveillance themselves.

«Strana» figured out what ended up in the new law, which will be re-sent to the president for signing.

The bill was adopted by the Rada at the end of September. However, two weeks later, Vladimir Zelensky returned him to the Rada with his proposals. And until mid-December, the document was being finalized.

But it didn’t just go — the Internet industry and lobbyists from the special services were breaking their spears around the bill.

To begin with, let’s retell a number of «civil» norms of the document.

There are a number of provisions in the bill that are useful for this market. Thus, operators are allowed to use the frequencies they have purchased for any purpose. It also simplifies the procedure for deploying 5G.

At the same time, the state assumes obligations at its own expense to develop broadband Internet where there is no private initiative for its implementation. However, the norm is rather declarative.

Penalties for spam (up to UAH 8500) are introduced and the consumer’s right to unsubscribe from e-mails is declared in the same letter. However, there are doubts that someone will actually look for spammers.

An important thing is the ability to consume telecom services anonymously. That is, the idea of ​​selling SIM cards using a passport is still postponed. True, the document says, if you need to restore a card or settings, you will have to go through personal identification.

The right to buy services not in packages is legalized, but separately (for example, the Internet, voice communication or SMS), which, however, has long been implemented.

A really useful norm — operators will now be required to indicate the real Internet speed in three scenarios: minimum, average and maximum (now providers show only the last parameter).

However, as you might guess, the conflict between the authors of the law and providers was not caused by these norms.

The scandal was caused by Zelensky’s amendments, with which he returned the bill to parliament in the fall.

The president, firstly, wanted to cancel the need for a court decision when providing intelligence services with information about customer behavior in digital networks. That is, access to the history of visited sites, telephone conversations, and so on.

He proposed to «sew» into the bill a link to the article of the Criminal Procedure Code # 250, which allows for covert investigative actions without the permission of a judge if it is necessary to save people or prevent a serious crime.

He also added a number of reasons on his own behalf: «in the interests of national security, economic welfare and human rights.» That is, a very wide range of grounds, under which, if you wish, you can bring almost any criminal case.

For such a list of reasons, it is possible, in general, to establish surveillance of any person — it is enough to start a production suitable for the law.

The text of the finally voted bill is missing on the Rada’s website. However, the Internet Association of Ukraine «Strana» was informed that this amendment to Zelensky never took place.

The final version of the article sounds in the version that the Rada voted in September.

«Access to information about the consumer is carried out solely on the basis of a court decision, an investigating judge in cases and in the manner prescribed by law,» says the version of Article 121 adopted by the Rada.

Zelensky’s second proposal is for providers and mobile operators to connect special services to their database at their own expense. This is the norm of the same article.

On the eve of the adoption of the law, in December, the Internet Association of Ukraine sent a letter to the Verkhovna Rada. UIA recalled that earlier the law obliged only to install the equipment already purchased by the special services. But now amendments are being promoted that require providers to spend money on tracking subscribers themselves.

It is interesting that such norms were in effect for a short time in the “dictatorial” laws of Yanukovych. Now Zelensky decided to return them.

Considering that there are 2,199 telecom operators in the country, each of them had to spend more than a million hryvnia on spy equipment for the SSU, NABU, police and other departments. Which for most small and medium-sized companies is an overwhelming amount. This, in turn, would lead to the fact that only large players will remain afloat, which will monopolize the telecom services market even more. Interested persons in the Internet association called the alliance between the special services and the largest providers (blessed, apparently, by Bankova).

As a result, this norm was not included in the draft law, Vladimir Kukovsky, the executive director of UIA, told the Strana. The final version of the article obliges the provider to provide access for special means of technical removal of information without specifying who pays for it.

According to him, Zelensky’s amendment, which facilitates the imposition of fines on providers, was also «repulsed».

At the same time, the norms that can be safely called scandalous were left unchanged.

Internet chaos in the ATO and the «big brother»

The deputies allowed the authorities, without any court decisions, to restrict the Internet and mobile communications in the area of ​​the anti-terrorist operation.

The Cabinet of Ministers will establish the order of electronic communications there. Which, in all likelihood, will give freedom of decision-making to the leadership of the Joint Forces Operation.

That is, in the event of a «terrorist threat» — for example, mass protests — in the Donbas and in the surrounding areas, they will be able to turn off the Internet or mobile communications. But what will be considered such a threat is an open question. And whether they will be obliged to explain to the public at all why the digital blackout began — there is not a word in the bill either.

An important point that remained in the document is the obligation of all providers to connect to a single system of operational-search measures. It is stipulated in article №121.

It says that all operators are required to provide a technical point of access to their information for special services equipment.

The norm is written out in such a way that the connection of special services to the «network» must be permanent.

But what is said in article 119 is much more important. It says that providers are obliged to record and store all the actions of the user of both mobile communications and the Internet.

«Electronic communications service providers must ensure and be responsible for the safety of data regarding the end user,» the bill says. And a list of such data is listed.

To be responsible for the safety is in fact an obligation to store, and therefore record information about the user and his actions.

Particular attention should be paid to point # 3 — «content of information that is transmitted and / or received by the end user.»

In the case of mobile operators, this means that they are obliged to record all the conversations of their subscribers.

Providers are obliged to record, in addition to the user’s visits, all his Internet payments. And much more, including geolocation. Moreover, the storage period of this data is not limited.

That is, providers and operators are required to record and store literally all information about users. The law obliges them to do this. Surveillance of Ukrainians is thus entrusted to the private sector.

Obviously, in this way a huge amount of data will be accumulated about Ukrainians, about their conversations, movements, purchases. All of it will be in private hands. That, given the high corruption in the country, opens up great opportunities for data trading. The black market for personal information about people will become gigantic.

Users of social networks are already writing about this. IT specialist Vladimir Flants cites Russia as an example, where after the introduction of such an innovation, massive data leaks began. When you can buy confidential information for relatively little money.

“I want you to clearly present and realize this — such volumes of information are impossible, neither to hide nor protect. And therefore, when such a valuable database has already been collected, the data is not just leaked, they are traded daily on a completely open market. You can find out relatively cheaply who your wife flew next to on vacation to Antalya, the geolocation of her phone and even the billing of her conversations. Time. With whom. How long, ”writes Flöntz.

He believes that this is how the investigation into the poisoning of Russian opposition leader Navalny, which was replete with personal data of people, was conducted. In particular, the allegedly FSB officers, who secretly accompanied Navalny on trips.

“Even super-special agents fly the same planes, use the same mobile phones, and there is no separate“ secret ”GSM operator for them. Those who are now trying to create an obligation to “write everyone” are doing it primarily against themselves. They can consider themselves special, untouched as much as they want, but Bellingcat has already proved the opposite, ”writes the IT specialist.

Digital outrage during the war

Also, a number of claims to the bill arose two days before the adoption of the document by the legal department of the parliament.

First, they criticize the rule that in a state of emergency and martial law, the state should manage electronic communications — in the person of the central authority responsible for this.

It should be the «National Center for Operational and Technical Management of Electronic Communication Networks of Ukraine» — this name is included in the bill.

Rada’s lawyers point out that for some reason this body was not entrusted with the responsibility to ensure the stable operation of the Internet and mobile communications. Roughly speaking, the authorities sanctioned digital arbitrariness of the state during an emergency or war.

The second complaint of the legal department is that the creation of such bodies is not at all the competence of the Verkhovna Rada.

Second, experts criticize the definition of a subscription fee, which states that it is charged regardless of whether the customer uses the service. That is, if, for example, the provider regularly disconnects the connection, you will still have to pay for it in the same amount.

However, the same rule applies to the old law on telecommunications. Parliament’s lawyers write that this contradicts the standards of conscientiousness of the supplier of goods and services laid down in the Civil Code. There is also a violation of Article 13 of the Constitution, which states that all subjects of property rights are equal before the law.

It remains to be seen whether Vladimir Zelensky will sign the bill, whose main amendments were not taken into account.