At the UN forum on minority issues, violations of the rights of believers of the UOC were announced 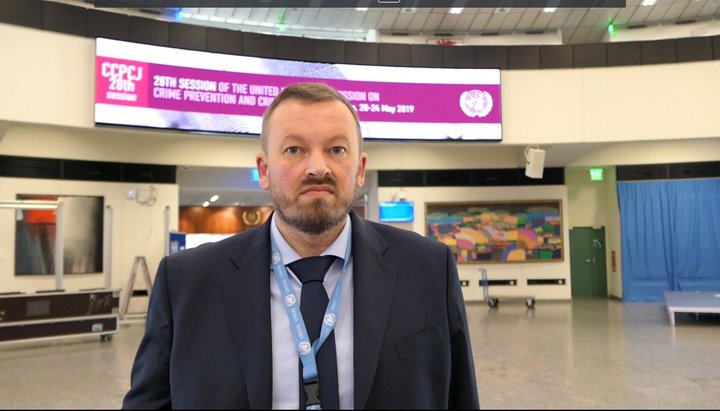 20.11.2020 Head of the human rights organization Public Advocacy Denisov O.S. made a statement at the 13th session of the UN Forum on Minority Issues. The forum addressed the issues of hate speech, including those disseminated through social networks, as well as related offenses. The forum was attended by the UN High Commissioner for Human Rights Michelle Bachelet, the UN Special Rapporteur on Minority Issues Fernend de Varenes, representatives of the diplomatic missions of the UN member states, non-governmental and intergovernmental organizations.

The speech of the head of the human rights organization this time contained several criticisms of the UN officials, in particular O.S. Denisov. said about the insufficient response of UN structures to complaints and appeals of believers to international procedures for the protection of rights. Despite the fact that since 2016 a stream of complaints and appeals has been sent to the UN special procedures in defense of UOC believers, the communication sent in 2018 by 4 UN special rapporteurs to the government of Ukraine in connection with violations of the rights of believers, although it testifies to international recognition facts of violations of the rights of the UOC, however, is not a sufficiently effective response of the international human rights mechanism. There is a need for concrete and targeted criticism of the behavior of politicians and the inaction of state authorities from the international community.

In accordance with the norms of international law and the concept of minority rights, this category includes not only traditionally understood ethnic or national communities, but also any group of people united by religious, national, ethnic or other characteristics who constitute a minority in relation to the entire population of a particular country or constitute a minority in a particular local region.

Therefore, for the purposes of protecting the rights of believers, our NGO uses, among other things, the block of international activity and the rules of law applicable to this industry, especially since the forum is attended by responsible UN officials who should be regularly informed about violations of the rights of the protected target group. The topic of hate rhetoric towards the UOC is especially relevant. As you know, in many cases, offenders do not hesitate to use the propaganda of violence and hatred, posting video evidence of their crimes on social networks, as was the case, for example, in the case of the destruction of property and the persecution of a priest of the UOC in the city of Zolochiv, Lviv region

Earlier, violations of the rights of believers by Public Advocacy NGOs were announced during the 45th session of the UN Human Rights Council and the OSCE SHDIM III meeting .

Full text of the statement by O.S. Denisov. is available on UN WebTv and via a link on the organization’s YouTube channel.