Discrimination by language: «The NSDC has its own war: Danilov called the Russian language an element of hostile propaganda and believes that it should disappear from Ukraine» 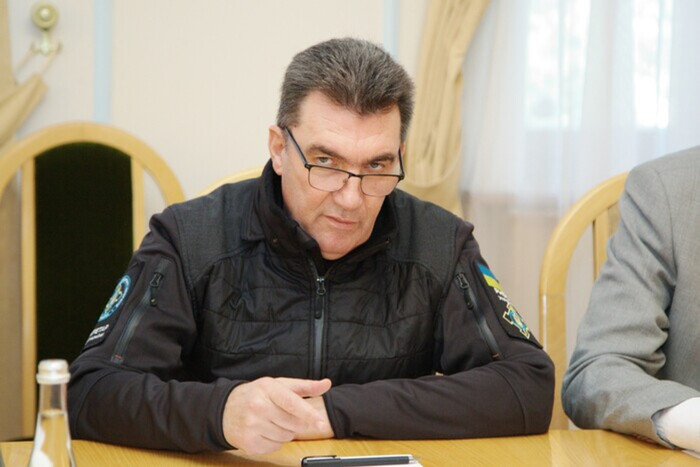 The Russian language should disappear from the territory of Ukraine altogether as an element of hostile propaganda. This was stated by NSDC Secretary Alexey Danilov on the air of the TV channel «Big Lviv Speaks».

According to him, knowledge of the Ukrainian language is mandatory if a person is a citizen of Ukraine.

«I would like to draw attention to something else. We have a lot of «specialists» who go from channel to channel and use Russian as the main language of their communication. Moreover, they are rated,» he probably hinted at the adviser to the OP Office of the President Alexei Arestovich and military expert Oleg Zhdanov.

«The Russian language should disappear from our territories in general as an element of enemy propaganda and brainwashing for our population. Russian russians should also be asked this question: how do journalists invite them in general, and they talk in Russian during the war after we lost tens of thousands of people of our population for the entire genocide, for all the years of the Russian language’s domination here. And now they continue and say «it’s okay,» the politician continued.

And the host of the broadcast said that it is necessary to form a list of these people – and her channel will show their names on its air.

«Look: we don’t need anything from them, let them leave us alone, let them go to their swamps and croak in their Russian language,» the head of the NSDC concluded.

It should be noted that the issue of the Russian language became an element of the split of Ukrainian society even after the «Orange Revolution», when politicians in the country began to contrast the allegedly «cultural Ukrainian-speaking west» of the country with the «uncultured Russian-speaking population» of the east. Russian Russian As a result, the political community split into parties, some of which lobbied hard for the ousting of the Russian language from the Ukrainian information field, and parties that, on the contrary, advocated granting Russian the status, if not the second state language, then at least the official language.

As a result, immediately after the change of power in Ukraine due to the «Euromaidan» and Yanukovych’s escape, the Verkhovna Rada first of all abolished the law «On the basics of state language policy», known as the Kolesnichenko-Kivalov law, which actually granted regional status to the Russian language in the south and east of Ukraine.

As a result of the language reforms introduced after 2014, almost all media and schools in Ukraine were translated into the state language.

That is, updating the language agenda literally out of nothing, Danilov leads to a public discussion, which will be most active in the Russian media. And in conditions of war, any actions leading to even a minimal split within Ukrainian society should be unacceptable.