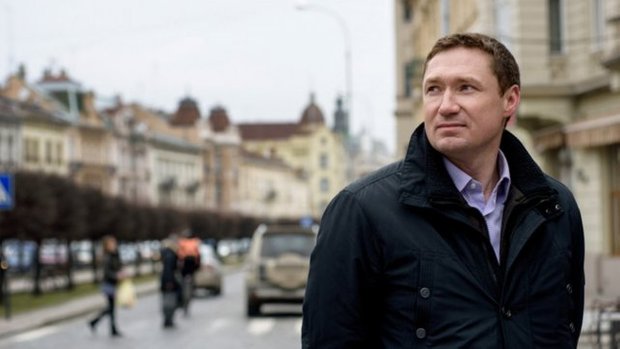 The head of the Lviv regional administration Maksym Kozytskiy recorded a video message to the people’s deputy Max Buzhansky, director of the Ukrainian Jewish Committee Eduard Dolinsky reports on his Facebook page.

The fact is that Buzhansky sent a deputy’s request to Kozytsky with a request to inform him who posted the news about the 77th anniversary of the German SS Galicia division on the administration’s website.

In the video, the governor reads out the answer to the deputy: “this is none of your business”, “we report only to the president and the government”, and the request is “using the deputy’s status for personal purposes”.

“The bureaucrat’s answer is just a blatant and cynical lie.

The first lie is the name of the division: «the first Ukrainian division of the Ukrainian National Army.» There was no UNA! Ukrainian volunteers joined the German 14th Waffen SS Division.

Two years later, on April 25, 1945, before surrendering to the Allies, these Nazi collaborators called themselves the «Ukrainian National Army».

The second lie: «the motive for the Ukrainians to join the division was not collaboration, but the prevention of Bolshevism and communism in the Western Ukrainian lands and the struggle for an independent, conciliar Ukrainian state.»

The soldiers of the Galician SS division solemnly took the oath of allegiance to Hitler and Germany. This oath did not contain a single word about Ukraine or Ukrainians. These people wore Nazi uniforms, SS uniforms with skulls and eagles. They went to fight for the Third Reich, for the destruction of the Jews, for the enslavement of Ukraine, for the victory of Nazism throughout the world. In the end, the official refers to President Zelensky, who said that for him, everyone who defended Ukraine is heroes! And here the deceitful bureaucrat shamefully lies: President Zelensky never said that Nazi collaborators from the SS division were heroes!