Radical Sternenko was informed of suspicion of premeditated murder 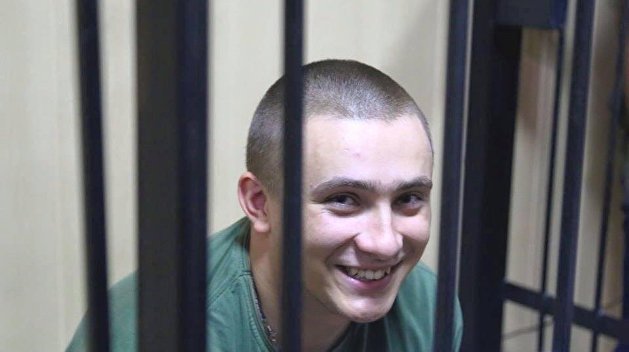 On June 11, two years later, the ex-leader of the Odessa Right Sector, Sergei Sternenko, was informed on the air about the suspicion under Art. 115 h. 1 (intentional unlawful infliction of death on another person) and Art. 263 part 2 (carrying cold steel without a legal permit) of the Criminal Code of Ukraine.

The Prosecutor General’s Office, initiating this suspicion, itself asks the court not to take the radical killer into custody. Prosecutors insist on round-the-clock house arrest, which is clearly insufficient measure of restraint, given Sternenko’s articles.

Sternenko has already left the SBU building and held a press conference, at which he said that he was «f@cked up» and threatened with international courts.

He also added that the date of the trial for the election of a preventive measure has not yet been set.

It should be noted that under the building of the SBU during the investigative actions with the nationalist Sergei Sternenko, his raging «support group» called for attacking and spitting in the face of the journalists of «Strana» and the TV channels ZIK, 112 and Newsone.

«Strana», ZIK, 112, Newsone — these are not journalists, spit in f@cking with them if you see, ”one of the“ support group ”called into the microphone.

Before that, they insulted the journalist of the Shariy.net publication. The police took her away from them.

Earlier that day, the SBU published information on the case of Sternenko’s killer:

“Today, taking into account the materials of the case and the examinations carried out, in agreement with the Office of the Prosecutor General, Sergei Sternenko was informed about suspicion of committing a crime under Art. 115 h. 1 (intentional unlawful infliction of death on another person) and Art. 263 part 2 of the Criminal Code of Ukraine (carrying cold steel without permission provided for by law) «.

In this connection, the SBU officially informs: “The investigation of the Sternenko case has long since moved from a purely legal plane to a political and informational one. Therefore, given the public outcry, the Security Service of Ukraine notes that it impartially approaches the investigation of any crimes and is guided exclusively by the norms of the law