In Kharkiv, a radical attacked a man because of the inscription «USSR» on his jacket 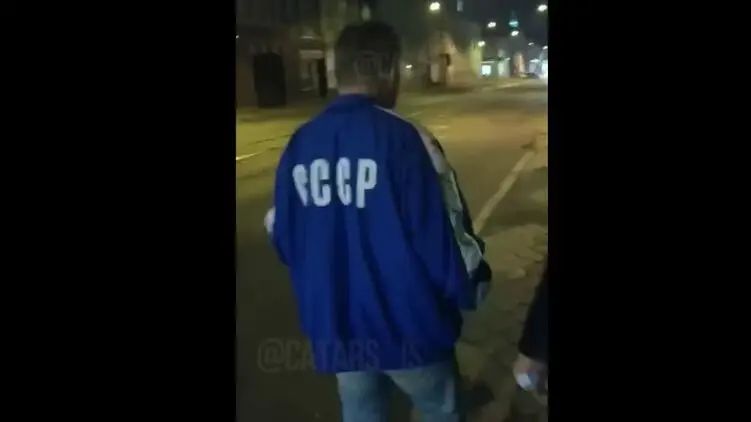 A video clip from Kharkiv was posted online, where a young man runs up to a pensioner in a blue Olympic jacket with the inscription «USSR», says: «Sir, can I talk to you for a second, please?», and when he turns around, pours pepper spray on his face with a shout:»Glory to Ukraine!». Is there a bottom that won’t be tapped on the bottom?

It is not known when the video was made. People walking down the street are quite lightly dressed. However, it was posted today at noon.

«Victory»was publishedby the telegramchannel «Catharsis». The authors call their brainchild the «community of cultural conservatives». At the same time, there is no smell of culture there. Obscene language, insults, rudeness, xenophobia. Subscribers call dark-skinned people «black monkeys», representatives of Eastern nationalities — «khaches», and girls — «skins». But even this worthy audience decided that pepper in the face of an elderly person is too much. Some write that the «brave warrior» is able to fight only with the elderly, children and women, while others are perplexed what the USSR has to do with the war, which we have in the eighth year. And it’s true: neither Russia nor Ukraine has been linked to the Soviet Union for 30 years-the country is no longer there.

Such incidents are not uncommon in modern Ukraine. They are not penalized in any way. Rather, the police will open a criminal case against the pensioner who dared to wear prohibited symbols in the city. There have already been cases when real terms were given for clothing with the inscription «USSR».

In addition, our intelligent public is infuriated by any hint of a socialist past. In her opinion, sodamachines,white aprons on school uniforms and old classic movies should be sanctioned.