In Kiev on Khreshchatyk teenagers zigged on the background of swastikas 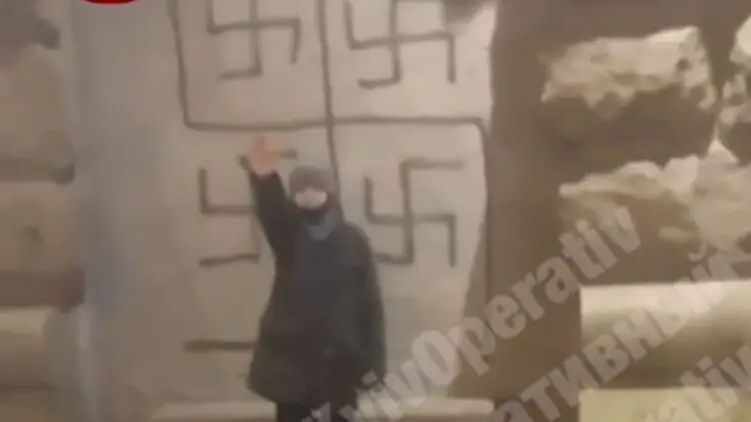 On the central street of Kiev, On Khreshchatyk Street, teenagers raised a » ziga «(Nazi greeting) against the background of swastikas. The corresponding video is published by local media Telegramchannels.

It is probably taken from Instagram story of the photographer. In the video, which was shot by one of the participants of the «action», a young man approaches an opening in which five swastikas are drawn — one large, and four small ones, inscribed in it in a circle.

After throwing up your hand, the video ends. Judging by what is happening, the participants find this funny.

At the same time, there was no police response to the actions of the teenagers.

Earlier, a racist rally was held in Kiev on October 31. Its participants hid their faces behind the costumes of the Ku Klux Klan. They marched through the center of the capital with signs that read: «Yes, we are racists»,» The KKK is back», and White Power. It should be noted that the action was not numerous. After their march, the participants of the action were photographed on theKhreshchatyk Street with a raised hand in a Nazi salute.