In Rivne region, vandals violated the grave of a priest and smashed tombstones 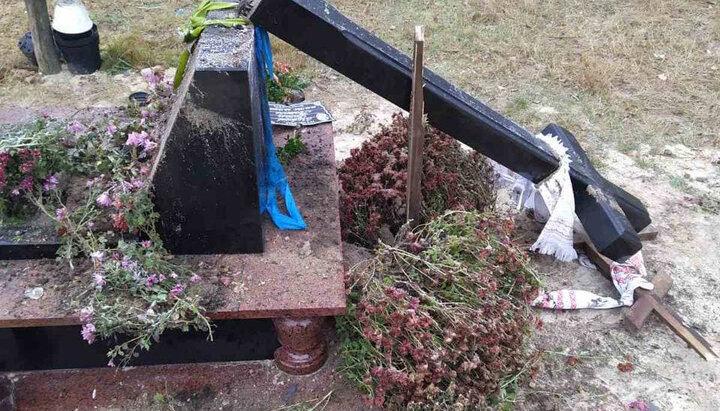 On the night of December 5 to 6, unknown vandals desecrated the grave of the late rector of the Holy Transfiguration Church in the village Kurash Archpriest of Rivne regionVasily Ivanichko. The destroyed tombstones were found by local residents returning from Sunday services, the UOJ correspondent reports.

«Most of all, the grave of Priest Vasily Ivanichko was destroyed, who was the rector of the church in the village for 30 years, » says Tatiana Stelmakh. — According to our observations, the cemetery was operated at night, otherwise people would have noticed that something bad was happening here.»

Recall that the UOC Church in the village Kurash supporters of the OCU raider method captured two years ago. Currently, the religious community of the UOC performs services in the old house of the abbot, whose grave was destroyed by vandals. Source: UOJ