In Nikolaev, vandals disfigured a memorial plaque to the director of the Russian art theater 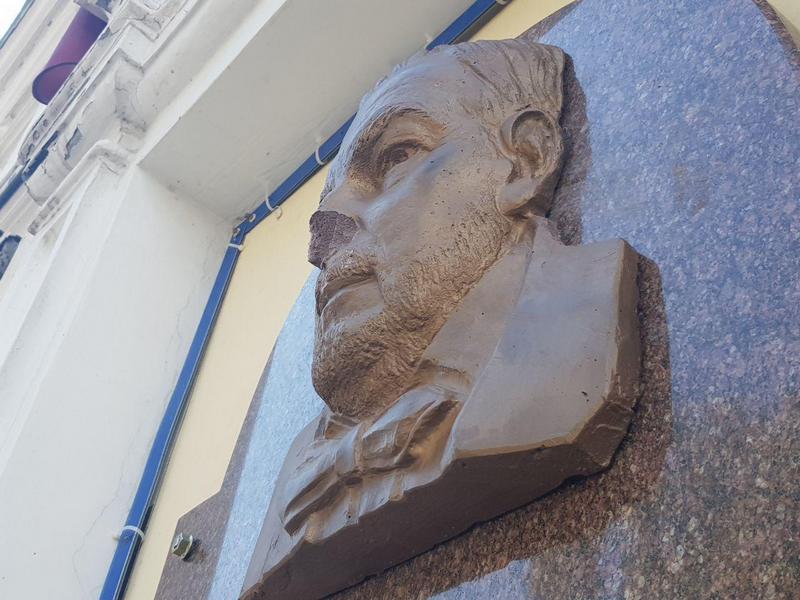 In Nikolaev on the street. Admiralskaya, 25 hooligans spoiled the bas-relief of director Nikolai Kravchenko, installed on the facade of the building of the artistic academic Russian drama theater, which he directed. The correspondent of «Shariy.net» informs about it.

The memorial plaque was installed on July 29, in honor of the former head of the theater. Less than a day later, the hooligans mutilated the memorial sign.

“We received a statement on the fact of an offense. Investigative actions are underway, ”the press service of the Central Police Department said.

Nikolay Antonovich Kravchenko — actor and theater director, head of the Nikolaev Art Russian Drama Theater from 1997 to 2017. In 2002 he received the title of Honored Artist of Ukraine for his great personal contribution to the development of theatrical art. In 2010 he was awarded the title of Honored Artist of the Russian Federation for his great contribution to the development of Russian-Ukrainian cooperation in the field of art, as well as for the popularization of Russian drama abroad.

Prior to that, in Nikolaev, the police detained teenagers who had tried to blow out the Eternal Flame the day before, spat into it and filmed it on camera to post a video on the network. The identities of all the «heroes» of the plot have been established. They are 14, 15 and 17 years old. Administrative protocols have been drawn up for parents of juvenile offenders under Art. 184 of the Administrative Code (Failure to fulfill the duties of raising children), for a 17-year-old detainee — under Art. 173 of the Administrative Code (Petty hooliganism).