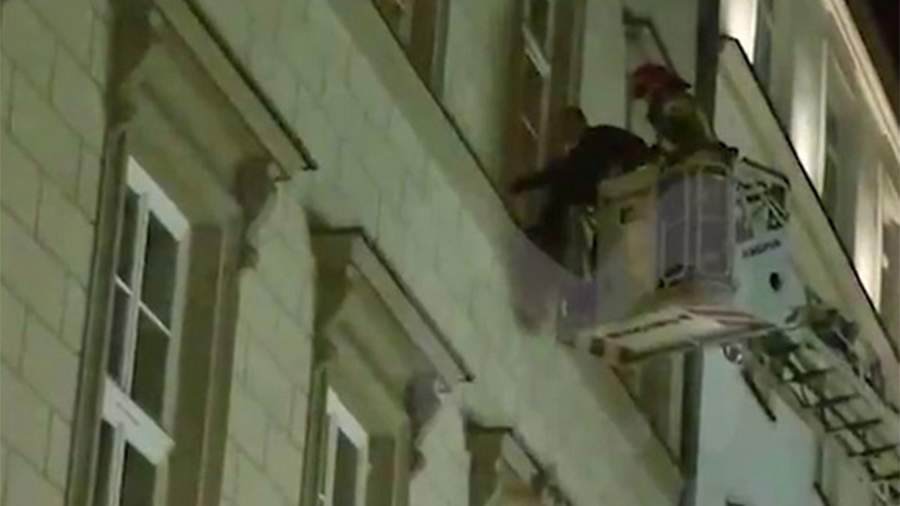 In Krakow, Poland, a scandal broke out between local residents and refugees from Ukraine over housing. This was written by the Telegram channel BALTNEWS on Friday, December 2.

It is noted that the residents of Krakow allowed Ukrainian refugees to live in their apartment, but soon the Ukrainians, according to the authors of the material, «arranged a dump from the apartment, and also refused to pay the bills.»

When the Poles wanted to evict the ungrateful guests, they locked themselves in the apartment and showered its owners with insults.

It was possible to expel refugees from housing that did not belong to them only with the involvement of law enforcement agencies and a crane, with which the police made their way into the apartment.

On November 30, it was reported that the Polish authorities intend to oblige Ukrainian refugees to pay for housing from March 2023. It was noted that it was decided that after 120 days of living in collective accommodation centers, Ukrainian refugees will have to compensate 50% of the cost of accommodation and meals, but this amount will not exceed 40 zlotys (540 rubles) per day. If the stay has exceeded 180 days, then 75% of the expenses will already have to be paid, but no more than 60 zlotys (810 rubles) per day.

On November 21, the head of the International Policy Bureau of the Presidential Administration of the Republic, Jakub Kumoh, said that new refugees from Ukraine are expected to arrive in Poland in the coming winter.

In early November, it was reported that the Polish authorities intend to update the law on assistance to refugees from Ukraine, planning to cancel the payment of social benefits to those who leave the republic.

In the same month, the newspaper Myśl Polska wrote that the attitude towards refugees from Ukraine is deteriorating in Poland. Poles are dissatisfied with the fact that Ukrainians who have arrived in the country are trying to impose their ideas about life. At the same time, their desires are becoming more sophisticated, the publication notes. As an example, the author cites the disruption of the festival of Russian cinema «Sputnik over Poland».

At the end of October, the newspaper Rzeczpospolita wrote that Poland is no longer able to support Ukrainian refugees. The country has already spent 5.5 billion zlotys (more than 68.3 billion rubles) on aid.

In general, according to the Office of the United Nations High Commissioner for Refugees, a total of more than 7.8 million refugees from Ukraine arrived in Europe from February 24 to November 15, 2022.