Manifestations of anti-Semitism are multiplying in Ukraine: two cases in a week 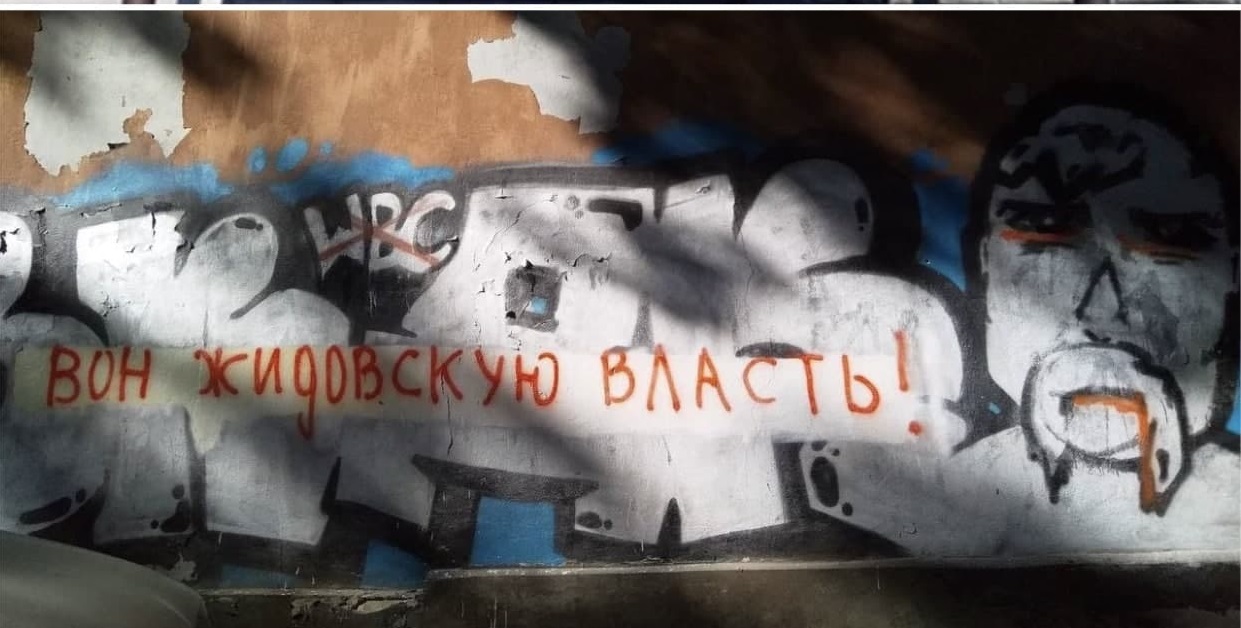 Cases of anti-Semitism are becoming more frequent in Ukraine: two such cases have been registered in the last week alone, according to the official telegramchannel of the United Jewish Community of Ukraine, the largest all — Ukrainian Jewish organization.

In the Ukrainian capital, namely in Goloseevsky Park, someone again wrote «Get out the Jewish government!» Graffiti is placed strictly in the same place as the past. Here it is worth recalling that at the end of August, at the request of the UJCU, the city authorities painted over such an inscription.

In Bohuslav, an information stand near the Jewish cemetery was painted with graffiti, which described the history of the city’s Jewish community.

The United Jewish Community of Ukraine appeals to law enforcement agencies on the fact of anti-Semitic vandalism at the Bohuslav Jewish cemetery, as well as once again to the KSCA with a request to paint over another manifestation of vandalism,«which this year in Kiev is more than usual.»