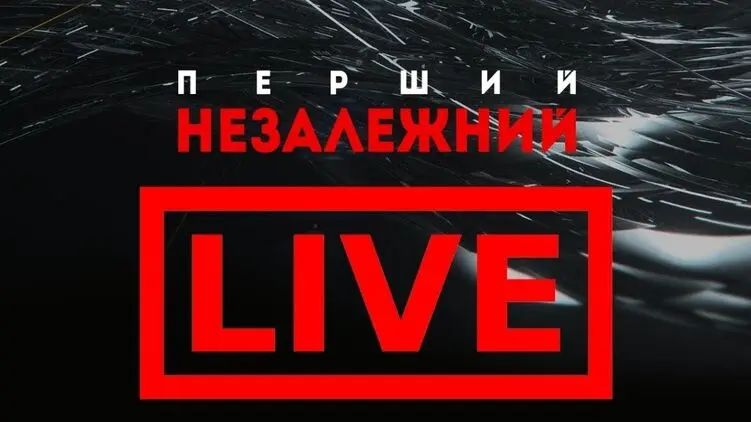 Head of the Foundation for the Protection of Freedom of Speech Anna German and TV presenter «Першого Незалежного» Diana Panchenko, on behalf of the labor collectives of illegally closed Ukrainian media outlets, sent an open letter to the leadership of the European Council, the European Commission and the High Representative of the Union for Foreign Affairs and Security PolicyJosep Borel. In the letter, the journalists informed the EU representatives about the illegal actions of the Ukrainian authorities in relation to the media.

The full text of the email looks like this:

On October 12, the Ukraine-European Union summit will be held in Kiev.

The EU-Ukraine Association Agreement is based on fundamental principles, in particular respect for human rights and fundamental freedoms.

In its resolution of 11 February 2021 on the implementation of the Association Agreement, the European Parliament clearly expressed its concerns and reproaches regarding the freedom of the media and journalists in Ukraine:

71. «Expresses its concern about the deteriorating working conditions of media representatives, in particular investigative journalists reporting on corruption and fraud; condemns any actions aimed at restricting the work of journalists, including restricting access to information, criminal investigations, pressure to disclose their sources and hate speech, including hate speech against independent media.»

72. «Calls for the establishment of a democratic, independent, pluralistic and balanced media environment in Ukraine, which put an end to politically motivated prosecutions of media channels, including in the form of revocation of licenses ensure the protection of journalists, dissidents and local opinion leaders from harassment and intimidation, will allow non-discriminatory access to information online and offline, as well as the meaningful participation of citizens, protect the rights of man and of the citizen and ensure their compliance with the Stresses that journalists, human rights activists and lawyers must be able to work independently, without undue interference or intimidation.»

We know how important the voice of the European Union, its political leaders and non-governmental organizations is in the issue of freedoms, and especially the freedom of the press and journalists. We are also aware of the EU’s attachment to our country, Ukraine, and the attention and efforts it makes within the framework of the European Neighborhood Policy.

As Ukrainian journalists, we would like to take this opportunity to address you directly, and through you, all those in Europe who share these views. We very much hope that these fundamental issues will take their rightful place in the words and demands of the EU at this summit, in the hope that they will specifically improve the situation of Ukrainian media and journalists.

Indeed, after the February decree of President Volodymyr Zelensky on blocking the popular TV channels 112 Ukraine, NewsOne and ZIK, we, like 1,500 of our colleagues and fellow journalists, do not have the opportunity to exercise their profession in the field of information. Most recently, President Zelensky banned the First Independent TV channel and influential news sites “strana.ua” and “shariy.net.” These decisions were taken directly by the executive branch in violation of the rule of law and out of court, since in Ukraine only a court, not the National Security and Defense Council or the President, can decide to revoke media licenses.

As in most EU member states, most Ukrainian media outlets are privately owned. In Ukraine, as in the EU countries, their different editorial orientations reflect the cultural, linguistic and political environment. The editorial line of the media in which we worked as journalists was clearly critical for President Volodymyr Zelensky, as, for example, in France with such media outlets as Le Figaro, Valeurs Actuelles or Cnews.

Our journalistic work called into question the political decisions of our President and their results in many spheres of public life in Ukraine: the economy, Ukraine’s place in the world, the fight against corruption and the failure of the peace process in the Donbas. In the pluralistic media market In Ukraine, our critical voices were balanced out by pro-government media outlets of equal popularity and reach, whose support largely contributed to President Zelenskiy’s ascent to the presidency. One can speculate about the reasons for President Zelensky’s decision to close critical media channels, but the decline in his personal popularity and the popularity of his Servant of the People party are among the most obvious and convincing.

A pluralistic media landscape is essential for any free democracy, as it helps ensure political balance and control over politicians of all stripes. In this context, the arbitrary silencing of critical voices without any legal basis has drawn condemnation from many domestic and international observers.

Among those who expressed their opinion are the Speaker of the Ukrainian Parliament, the UN Special Rapporteur on Freedom of the Media, Irene Khan, and the OSCE Representative Theresa Ribeiro, EU Foreign Policy Chief Josep Borrel; Michael Abramowitz of Freedom House, Jeanne Cavelier of Reporters without Borders, Philippe Dahm of Human Rights Watch, Anthony Bellanger of the International Federation of Journalists, Ricardo Gutierre of the European Federation of Journalists and many others.

Together with our fellow journalists, we decided not to give up in the face of arbitrariness.

First of all, we have created the «Foundation for the Protection of Freedom of Speech», whose mission is to protect freedom of speech and journalistic independence in Ukraine. Its purpose is to protect the legal right of journalists and media workers to carry out their professional activities without political interference, intimidation and threats.

The challenges we face in this area go far beyond President Zelensky’s repressive decisions. Violations of media freedom are one of the main threats to Ukraine’s fragile democracy today. In 2020, the Institute of Mass Information (IMI) reported 229 cases of violations of freedom of speech. 171 of them related to physical attacks on journalists. Reporters Without Borders also believes that manipulation, attacks on the confidentiality of sources, cyber attacks and excesses in the fight against disinformation remain the main problems.

Secondly, we will use all legal means to get the President’s decisions overturned. First of all, in Ukraine, if the authorities do not prevent us from doing this in one way or another.

We also decided to reach out to Europe by authorizing a group of French lawyers specializing in constitutional and media law. They are currently preparing a legal opinion on the illegal and unconstitutional nature of the closure of media outlets targeted by President Zelensky’s decisions. This opinion, which will be published in October, will allow us to consider referring the case to the competent European courts.

We, like you, recognize the special and complex circumstances of our country and the geopolitical issues that define them. We strongly believe that they should not lead to a rejection of the values that we share. You have a voice that must be heard if Ukrainian democratic freedoms are to survive.