Near Chernivtsi, supporters of the OCU tried to capture the temple of the UOC 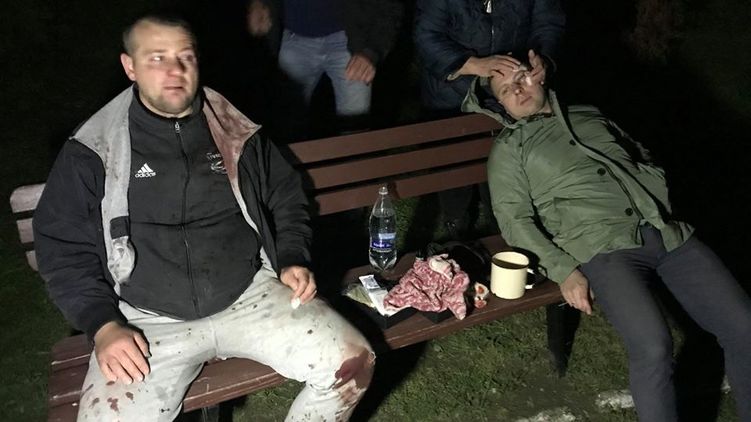 Armed with rebar and knives, supporters of the OCU on the evening of May 4 in the village of Zadubrovka (Chernivtsi region) tried to seize the Church of St. Michael of the Ukrainian Orthodox Church.

As reported on the website of the The General Police Directorate of the Chernivtsi region, as a result of the clashes, two parishioners were injured and were taken to the hospital.

It is clarified that law enforcement officers have identified those involved in the fight. The police drew up protocols on them under Article 173 (petty hooliganism) of the Code of Ukraine on Administrative Offenses.

Investigators also entered information into the Unified Register of Pre-trial Investigations on the grounds of Part 2 of Article 161 (violation of the equality of citizens depending on their race, nationality, religious beliefs, disability and other grounds) of the Criminal Code of Ukraine. A pre-trial investigation is currently underway.

Officers of the special police company and the Zastavnovsky police station continue to guard the temple around the clock.

As the blogger said, Alexander Voznesensky outlined the chronology of events on his page in the social network.

“At about 10 pm, about 30-40 people in balaclavas drove up to the temple, taking a grinder with them and began an attempt to break the door in the temple. The newcomers had knives and fittings with them. When this failed to be realized, they began to try to let tear gas into the church through the crack, hoping that the believers of the UOC would have to open the door, ”Voznesensky writes.

According to him, 20 minutes after the start of the incident, a police squad arrived at the scene of the emergency.

“Two people in uniform tried to settle the situation, but they themselves were hit by the raiders. Only when more and more new outfits of law enforcement officers began to arrive, the attackers began to «curtail their activity.» In particular, they calmly carried the grinder and the generator outside the temple grounds. The police saw this, but for some reason they did not stop and detained the offenders, ”the message says.

The blogger also clarified that before going to the seizure of the temple, the OCU cleric Nazariy Gagalyuk published a provocative post on the social network.

“Before going to the seizure of the church in Zadubrovka, the cleric of the CCU Nazariy Gagalyuk published a note that Bandera’s people were killing on their own land. After that, in the evening people in balaclavas with fittings and knives attacked the believers of the UOC, trying to seize the temple, and Gagalyuk, simulating a car breakdown, tried to block the road to the temple so that the police and believers would not get there, ”Voznesensky wrote.