Near Kharkiv, police surrounded the village due to clashes with Roma 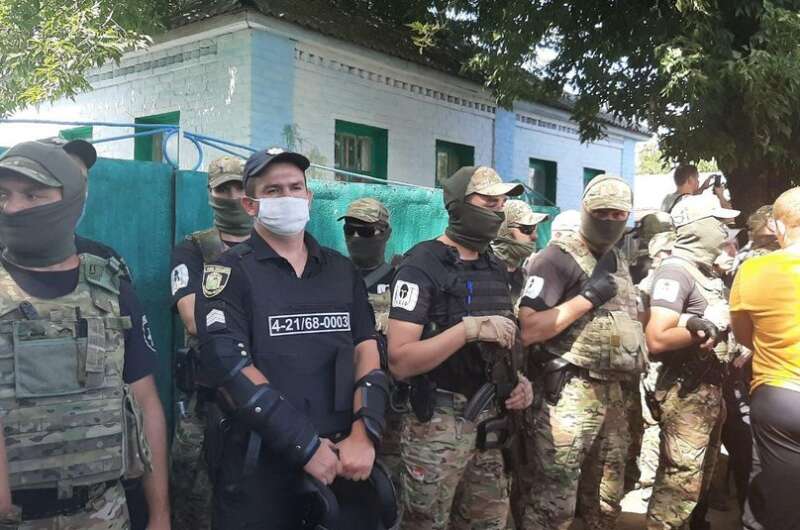 In Andreevka, Balakley district, Kharkiv region, on Saturday, August 29, clashes occurred during a protest near a Roma settlement in the village. According to the police, as a result of what is happening, they had to surround the entire village in order to prevent riots.

According to law enforcement officers, half a thousand people gathered for a protest rally «to express dissatisfaction with the actions of the Roma.» At the same time, the peaceful action turned into clashes, the police say. An alarm was raised by the personnel of the district police, who evacuated Roma families from the epicenter of the conflict. “About 80 police officers and soldiers of special forces arrived at the scene to stop the offenses. As a result, no one was hurt, and no one was detained either. The territory of the village is surrounded by the police. Law enforcement officers are in control of the situation and will not allow the development of events by force, ”the law enforcement officers stressed.

Residents of the village Andreevka demanded that the authorities evict the Roma from the village. In particular, the protesters demanded that the law enforcement officers pay attention to the increasing “conflicts with the Roma”, when, for example, on August 19, the Roma beat a guy in a village. “It was a group beating of a guy on the street. Sadovaya. This is about 20-25 people. They beat me for what — ask the police, ”said one of the protesters.

After the rally, the participants went to the house where the Roma live, pelted the house with eggs and stones (one of the windows was broken). The police pushed back the protesters and took the Roma family out of the yard in their car.

The police of the Balakley region claim that they are conducting two criminal proceedings precisely on the fact of the events of August 19.