Poland is ready to invest in the war in Ukraine, but not in refugees 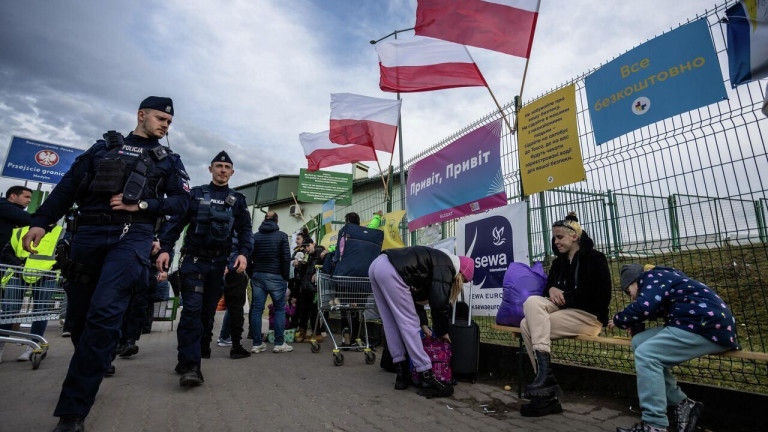 The Polish government has amended the law on assistance to citizens of Ukraine several times, OKO reports.Press.

Firstly, the rules for applying for benefits for a refugee shelter without a PESEL number have changed. Then they extended the 120-day payment of assistance only in exceptional cases, for example, for disabled people and children under one year old. The Ukrainian refugees, who were counting on further systemic support, were disappointed. It turns out that this is limited help, but we were waiting for more.

The amendment to the special law assumes that refugees will have to partially bear the costs of living in temporary accommodation or social housing. If their stay in Poland exceeds 120 days, they pay 50% of the cost of assistance in the amount of 40 zloty (more than 500 rubles) in the day. People who stay in Poland for longer than 180 days — 75% of the expenses are 60 zlotys (about 800 rubles) per day.

The Polish government believes that long-term assistance to Ukrainian refugees puts a heavy burden on the country. We are talking not only about food and accommodation, but also about social benefits: a one-time allowance for each Ukrainian in the amount of 300 zlotys (about 3,900 rubles) and a family demography program in Poland, to which Ukrainians also received the right «Family 500+» (500 zlotys or about 6,500 rubles for each child).

Poland just less than a month ago received payments from the EU to help Ukrainian refugees in the amount of €144.5 million. But this money was not enough to cover all the costs associated with the reception of Ukrainian citizens.

In 2022, the country experienced a large decrease in salaries compared to other European countries. Earnings decreased by 8.5%, in 2023 it is expected to decrease by another 7%, Interia Biznes reports.

«Although all European countries recorded a decline in wages in real terms this year, most of them will withstand the inflation storm somewhat better than Poland, which continues to struggle with less optimistic forecasts for the coming year. In some countries, wages are projected to grow in real terms next year, including in Switzerland by 0.1%, in Greece by 0.3% and in Bulgaria by 0.8%,» said Oliver Brown, salary administrator at ECA International.

Poles believe that Ukraine is to blame for the economic problems. Assistance to Ukrainians and their country is too expensive for ordinary citizens of Poland. And ungrateful neighbors are also trying to deceive the host state by receiving social assistance illegally.

Ukrainians complain that they are offered mostly unskilled, low-paid jobs. But without knowledge of the language, it is difficult to find something else. In addition, confirmation of a diploma and sometimes additional courses are required. Ukrainians no longer want to work 12-14 hours a day, even for a decent salary. They apply for the same positions they held in Ukraine, but this is not possible in Poland. At the same time, there are jobs in small towns and rural areas where refugees refuse to go. And Ukrainians are in no hurry to return home.

«We need to survive the winter. Unfortunately, the networks will not survive. If there is an opportunity to stay abroad for the winter, then it is worth doing it,» Deputy Prime Minister of Ukraine Irina Vereshchuk recently spoke with these words. In fact, she urged Ukrainians living abroad not to return home until spring and live in host countries. But Poland, for example, is no longer ready to support Ukrainian citizens. But the Polish government is ready to continue to actively support the war in Ukraine.