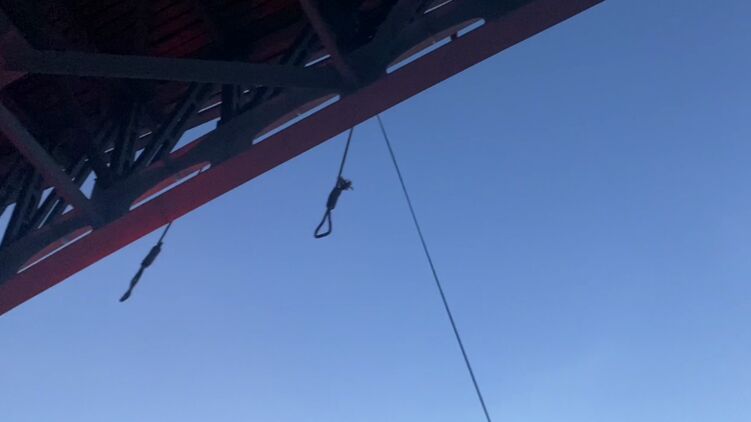 On a pedestrian bridge over the Alley of Heroes of the Heavenly Hundred in downtown Kiev, radicals from the new far-right organization Centuria have displayed a «Place for cotton wool» poster and hanging loops under it.

This is evidenced by a video published in the organization’s Telegram channel.

In the video, a group of young men in black clothes and masks go out onto the pedestrian bridge over the Alley of the Heroes of the Heavenly Hundred and unfolds a poster with the text: «A place for cotton wool.» Then the camera changes its perspective and it becomes noticeable that rope hanging loops hang from the bridge.

“They are traitors and accomplices of the occupiers, they are collaborators and Soviet opportunists. Remind me where is the real place for cotton wool, ”says the caption to the video.

Later, an explanation appeared on the Telegram channel that “Place for cotton wool” is an action launched by radicals. Its participants are invited to take stickers with the image of objectionable politicians with loops around their necks and «take pictures of them in the most creative places.» The winners are promised gifts.