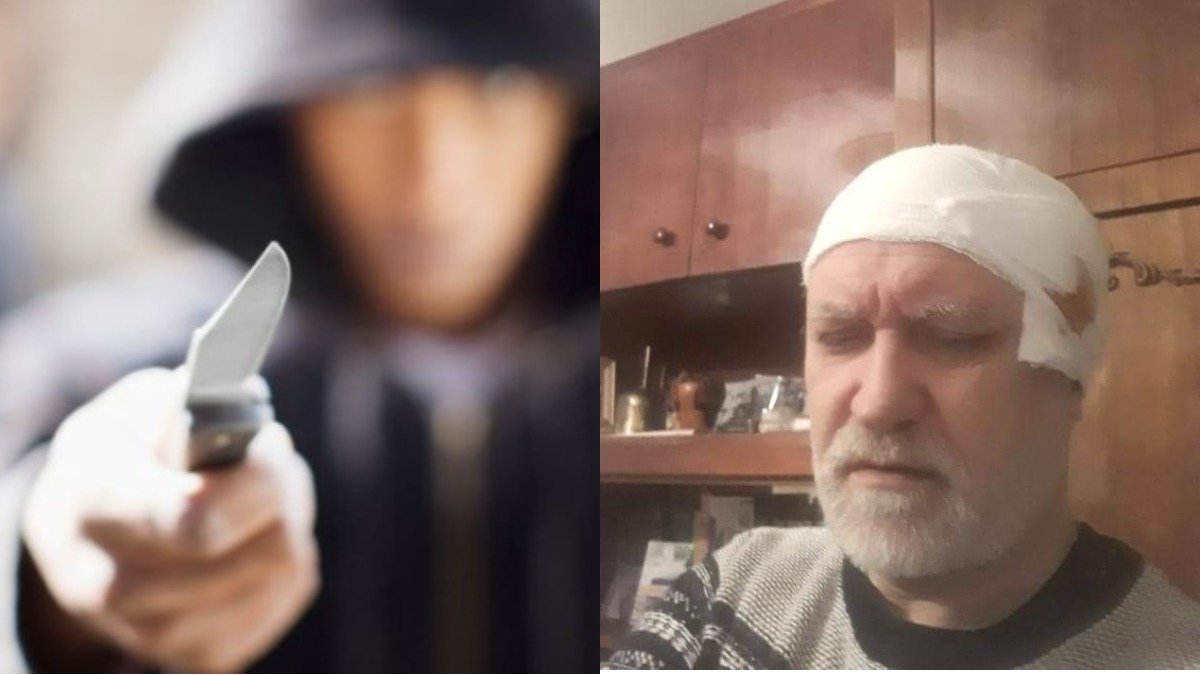 The local diocese sees the incident as a continuation of the trend of discrimination against the church and believers, moreover, they call it a threat to the entire clergy. In the meantime, the National Police is investigating, the UOC continues to be harassed in social networks by members of the political party – satellite of Petro Poroshenko’s «EU» — «Democratic axe».

At the end of last week, two priests were attacked by intruders armed with cold weapons. The first attack occurred on January 11 on a priest of the Zaporozhye diocese of the UOC, Archpriest Vladimir Gumenyuk. He says that he was stabbed in the temple by a man passing by. Gumenyuk himself shares: he was literally lucky. «I got off with a slight fright. The skull bones are intact. I went to the hospital on my own legs, and then I left it . They attacked me in silence, he (the attacker) did not try to rob me,» the priest explained immediately after the attack. However, he still needed medical help – he suffered surgery to remove a hematoma that was compressing the entire right hemisphere of the brain.

The second attack occurred on Deacon Georgy Cherpakov on January 16. At the same time, he was dressed in priestly clothes, moreover, he was returning home from church after the all-night service together with his wife and child. All of them, fortunately, were not injured – but the fact that the aggression did not stop at the moment when the priest’s family was next to him is alarming.

The UOC sees the incident as a continuation of the trend of obstruction of the church and the aggressive information policy of the state against the UOC, which has been preserved since the time of Petro Poroshenko. «This is a consequence of what the previous government did to the Ukrainian Church. Megatons of negativity were poured out against our Mother Church – and even though the current government is more restrained, tons of dirt are still being poured on the UOC, » said the head of the Zaporozhye diocese of the UOC, Metropolitan Luka of Zaporozhye and Melitopol. — That is why some citizens are angry with us: after all, we were accused of all our sins, they say that we cooperate with the Russian Federation. Although for all 6 years there has not been a single confirmation of this – and if so, then we are talking about continuing the policy of discrimination against the Church and believers.»

According to Archpriest Gennady Elin, head of the Zaporozhye Diocese of the UOC, both attacks occurred in approximately the same place. «The police were called, and everything was recorded,» he said in his Telegram channel. The attacks are being investigated by the police Department No. 1 of the Zaporozhye regional police department of the National Police Department in the region. «The information is included in the Unified Register of Applications and Reports of Criminal offenses committed… In the future, an application was received to terminate the consideration of materials on the fact of causing him bodily injuries, » the press service of the National Police of the region reports. «Now they say that Gumenyuk allegedly refused and withdrew his application. But he was in a very serious condition. He was sleepy and said, «Leave me alone, I want to rest,» Metropolitan Luka tells to Vesti. – He was asked to sign some papers, and he signed them without really delving into the meaning.»

However, he does not have much hope that the National Police will complete the investigation and establish the identity of the attackers. «In 2015, one of the residents of Zaporozhye openly, in his Facebook, called first to mock me, and then to destroy me physically. After that, the previous government made him an Honored Worker of culture. They gave him an order from the Zaporozhye region! And against this background, is it worth turning to the authorities for protection?»

At the moment, according to Metropolitan Luka, the diocese has not received any threats either in letters or through social networks. However, there is a conflict with the Demokratichna Sokira(axe) party. According to him, they were the ones who hung discredited leaflets in the city with insults to the UOC and believers. «They insulted and blasphemed the image of Christ. I was called in for questioning by the police in September about this, but since then there have been no results, » vladyka Luka shares. Indeed, on the Facebook page of the local branch of «Demsokiri» you can find a lot of negative reviews, even discriminatory statements about the UOC as a whole and Metropolitan Luka personally (in particular, he is called a «micropolite»).