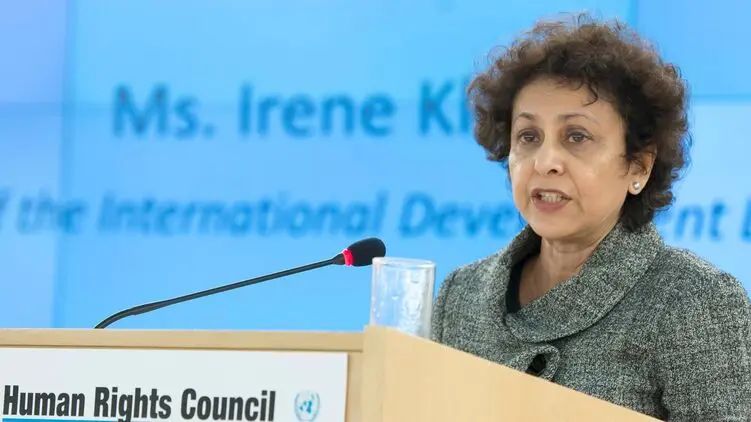 The appeal is dated back to June 21, but published by it was only August 20.

At the beginning of the appeal, Khan recalled the circumstances under which the channels stopped broadcasting, and personal sanctions were imposed against their owner Taras Kozak.

«I am concerned that the personal sanctions imposed have had a serious adverse impact on the right to freedom of expression, including the right to information protected by the International Covenant on Civil and Political Rights (ICCPR),» Khan wrote.

And she added that «any restriction on freedom of expression or information that the Government tries to justify on grounds of national security or counter-terrorism» should be carried out legally, through due process of law and with the possibility of appeal review.

«I am concerned that the decision does not demonstrate the necessity and proportionality of the actions taken, in particular, due to the lack of a clear indication of specific threats that TV channels may pose to national security,» the UN representative said.

She also noted that total restrictions on the right to information do not serve the fight against terrorism and do not solve the problem of disinformation.

It also questioned the legality of the procedure used to restrict expression of opinions.

«I note with concern that the decision to restrict the right to information was not made by an independent and impartial body. I am also concerned that this decision does not seem to provide clear indications of the threats posed by the programs broadcast on the three TV channels, » Khan said.

In the end, she put forward three demands to the Government:

Khan gave 60 days to respond. It is not yet known whether it was given, although the deadline has already expired.