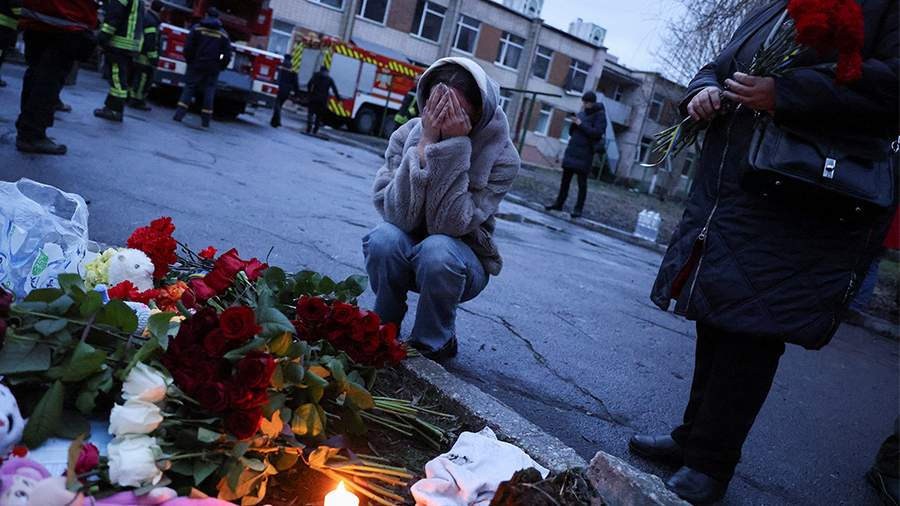 As a result of a helicopter crash in the city of Brovary, Kiev region, 14 people were killed. The final data was presented on January 18 by the State Emergency Service of Ukraine (SES) in its Telegram channel.

There is one child among the victims. Another 25 people were injured, including 11 children. At the moment, the search and rescue work on the site has been completed.

On the morning of January 18, a helicopter carrying high-ranking employees of the Ministry of Internal Affairs of Ukraine crashed in a residential neighborhood in the suburbs of Kiev. Among the dead were the head of the department Denis Monastyrsky, his first deputy Yevgeny Enin and the State Secretary of the Ministry of Internal Affairs Yuri Lubkovich.

The plane crashed near a kindergarten, which caught fire as a result of the crash. The fire was extinguished in an hour. The official cause of the helicopter crash was not announced by the Ukrainian authorities.

Later, the Ministry of Internal Affairs of Ukraine published a full list of the dead employees of the department.

It is known that the acting Minister of Internal Affairs of Ukraine will temporarily be the head of the national police Igor Klimenko. As indicated by Prime Minister Denis Shmygal, the candidacy of the new head of the department will be discussed with the parliament.