What for is the ombudsman of the language Taras Kremin famoust 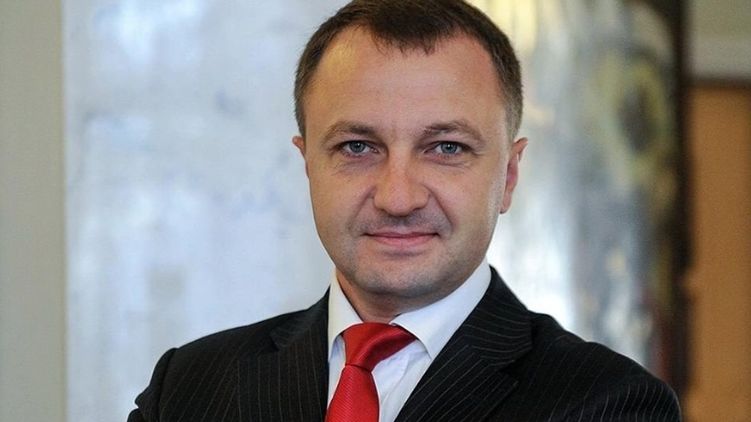 One of the most radical candidates for this position, a former deputy from the Popular Front, Taras Kremin, has become the language ombudsman. Who was one of the co-authors of the law on total Ukrainization.

This candidate was the most likely candidate back in the fall. Supporters of Poroshenko — in particular, Vladimir Vyatrovich — spoke for him, but then the Ministry of Culture of Vladimir Borodyansky elected, as it seemed then, the more moderate Tatyana Monakhova.

However, after the resignation of Monakhova, Kremin again found himself on a horse. And it was approved by the Cabinet of Ministers today.

How this happened is still unclear. Indeed, on July 1, Minister of Culture Alexander Tkachenko recommended another person for this post — a teacher from Odessa, Svetlana Bronikova.

Interestingly, the radical Ukrainianizer Kremin was appointed the next day after Zelensky said that the discriminatory law on the protection of the state language cannot be repealed. That is, the authorities have taken a course towards tightening the screws on the language issue.

We collected information about what is known about the new language commissioner and how they reacted to his arrival on the network.

Kremin became the new ombudsman on the second try. In 2019, his candidacy was supported by the authorized representative of the Verkhovna Rada for human rights Lyudmila Denisova (also a former People’s Deputy from the People’s Front). However, the first commissioner in the end was Kremen’s countrywoman — philologist Tatyana Monakhova.

After she left, stating that she was not paid a salary, Flint reappeared on the agenda.

He is a native of Nikolaev, a teacher of the Ukrainian language and literature by education, taught Ukrainian at universities, was a deputy in the Nikolaev regional council. In 2014, he headed the Donetsk regional council for eight months.

In 2014, he joined the Rada from the Popular Front party. However, when the “NF” refused to go to the next elections due to the failed ratings, Kremin tried to enter the new parliament through the “Ukrainian strategy of Groisman”, which did not overcome the passing barrier.

In the Rada, Kremin worked in the Committee of Education and Science, where he was involved in the education of migrants and residents of the controlled Donbass. He became a co-author of the law on language policy, which Petro Poroshenko adopted at the end of his presidency.

He is also one of four authors of the no less scandalous law on education, which ousts the languages ​​of national minorities, and especially Russian, from school.

After the Cabinet approved his candidacy, Kremin praised the good choice.

During the presentation on July 1, Kremin announced his plans in the role of a commissioner: free courses in the study of the Ukrainian language; cooperation with schools and scientific organizations; consideration of complaints on the implementation of language laws. That is, the very fines provided for by the Ukrainian law.