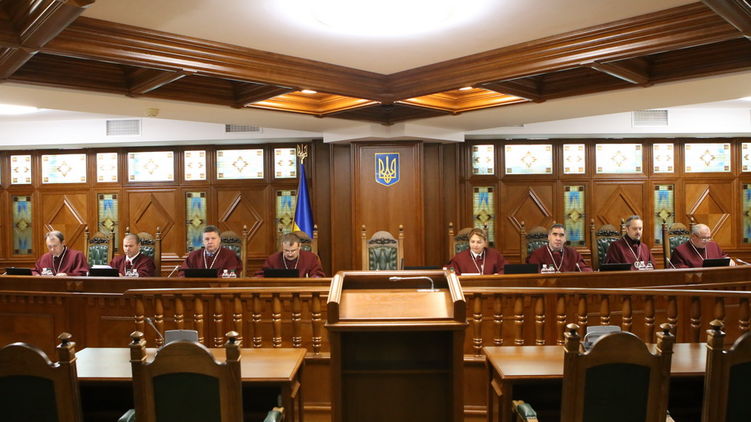 On Tuesday, July 7, during a meeting of the Constitutional Court (CCU), which is considering the law on total Ukrainization, the presidential representative Fyodor Venislavsky said that there were no grounds for its abolition.

At the same time, he stressed that he represents the position of Vladimir Zelensky.

This was reported by the «Strana» correspondent.

So, in fact, the president’s representative answered the question of whether Zelensky would support the abolition of the law on total Ukrainization.

Venislavsky said that the CCU should not conduct proceedings under the law on language and called the appeal of the deputies to the court regarding the unconstitutionality of this language artificial.

According to him, the Rada should adopt a separate law that will regulate the status of the languages of national minorities.

“There is no inequality in the status of the languages of national minorities in this law, and there cannot be,” he said.

“The question that we raised yesterday — whether Zelensky will show his readiness to abolish total Ukrainization by the example of his attitude to the consideration of a submission under the language law in the CCU, has received its answer today — no, he will not. And he is not even going to pretend that he wants to change something in Poroshenko’s policy of Ukrainization, «the Politics of the Country Telegram channel comments on the situation.

However, this does not mean that the CCU will not repeal the law on total Ukrainization by 100%.

“The Constitutional Court is a complex body with different currents. But Venislavsky’s speech means that now even if the CCU repeals the law, everyone will understand that this was done contrary to Zelensky’s position. And Zelensky’s position, as we can see, is expressed very clearly — he does not intend to change the Ukrainianization policy of the times of Petro Poroshenko. This was before, in general, it is understandable. Now there was just an extremely frank coming-out, ”the Telegram-channel said.