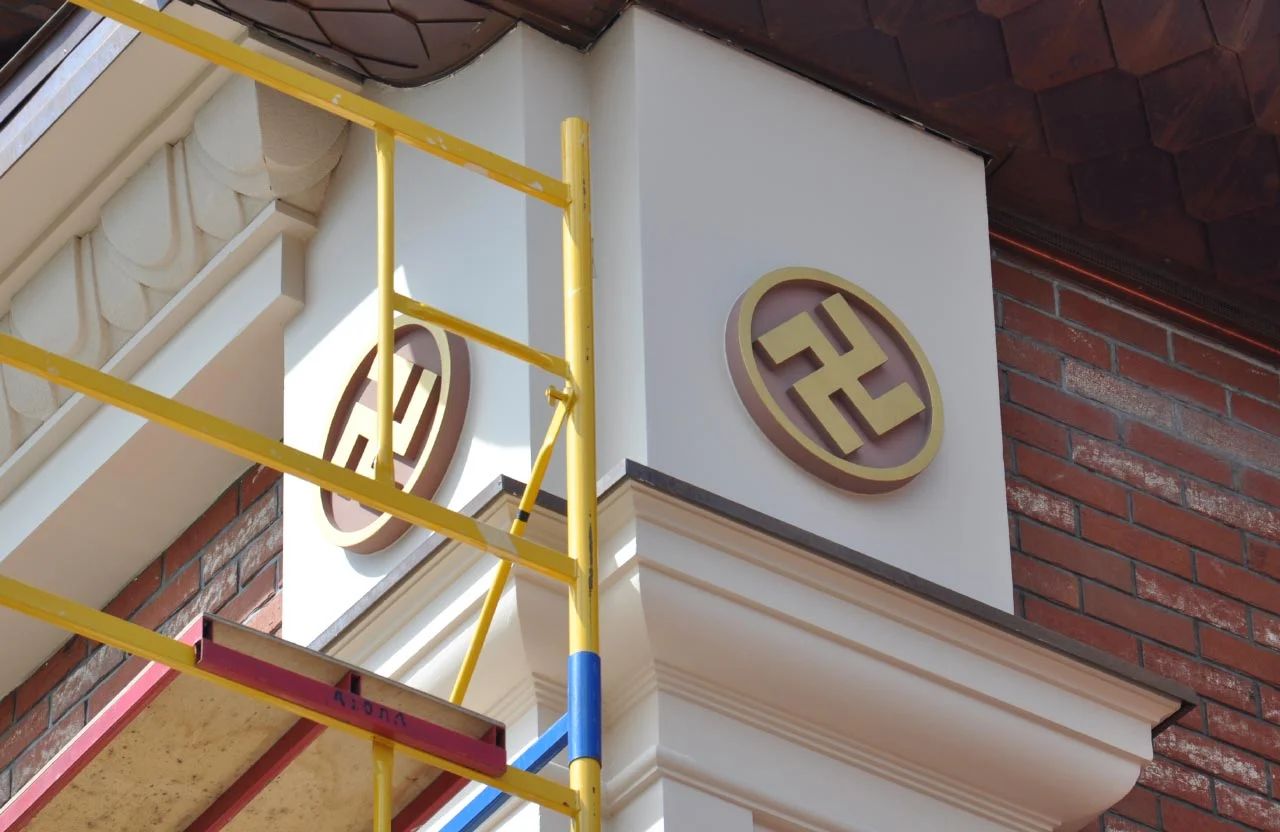 Recently, a house has appeared in the center of Poltava, the walls of which are decorated with swastikas and runes. Its owner explained that in this way he is returning «traditional signs» to the streets of Ukrainian cities.

It is noted that this wonderful house is located on the street. The conciliarities and local residents approach it with interest in order to photograph the left-handed swastikas on the back walls and runes on the facade.

Six years ago, in 2014, the customer for the construction of a “cafe-bakery” of 254.5 sq.m. was presented by ATOLL Firm LLC. After that, mass protests began against the construction of the building, and Gennady Sikalov came to defend ATOLL, so to speak, “in support of a classmate”.

However, in the Unified State Register of Legal Entities, Svetlana Manzhos, the wife of Gennady Sikalov, is indicated as the founder of ATOLL Firm LLC.

Therefore, «Poltava region» tried to take a comment on the architectural ornament unusual for the city from Gennady Sikalov. Later, explanations regarding such «decoration» appeared on the pages of the site «The Last Bastion», the chief editor of which is Sikalov himself.

In the first publication, the authors stated that these solar symbols are not prohibited by current legislation: «They were a demonstration of the return of ancient, traditional signs to the streets of Ukrainian cities, in particular Poltava, and were left at the mercy of the occupiers from Moscow and other foreigners for decades.»

Then “The Last Bastion” simply explained the meaning of the “solar symbol” with a promise to continue enlightenment “in order to prevent certain interested persons and ignoramuses from reviling the heritage of the Ukrainians”.