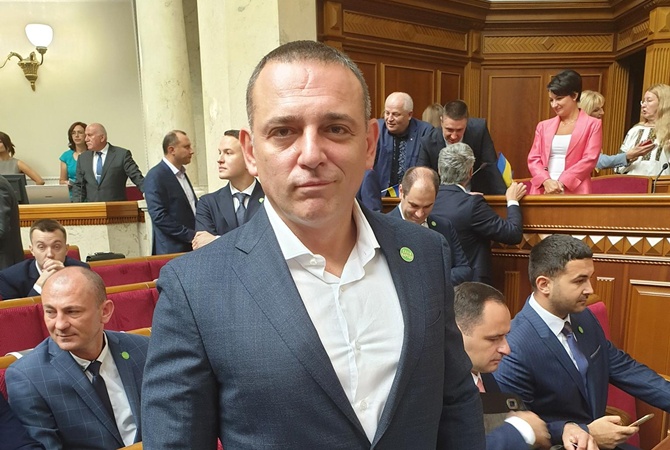 The draft law «Servants of the People» by Maxim Buzhansky No. 2362 «On Amendments to Certain Legislative Acts on Teaching the State Language in Educational Institutions» was not considered today in the Rada.

Note that on the agenda for Friday, July 17, this bill was introduced, but for some unknown reason, the MPs did not consider it at a parliamentary meeting.

People’s Deputy Buzhansky confirmed in a comment to «Strana» that his bill had not been considered today.

“We just didn’t have time. The internal agenda with recommendations that was handed out to us is marked «the conclusion of the committee is negative.» Vote on the bill, free vote. The fact that he is 32nd on the agenda is not the point. Everything has its own priority. You saw how in the last seconds we voted for the districts without which the elections did not work out, presidential intelligence, then one break, a statement from Golos, another break, «Buzhansky said.

According to him, there is no information yet when the Rada will consider it. However, the Rada session has already closed.

“There is no information yet when the bill will be considered. I want to draw your attention to the fact that not so long ago our Hungarians turned to Hungary, and Hungary demands certain concessions from us in the law on education, and yesterday the Ukrainian Romanians turned to the Romanian government with the same statement. We will now all put on this, like a house of cards, in the elections. It is precisely the national minorities belonging to the EU countries that appeal to the legislation of the EU countries, which our legislation does not comply with. This problem does not disappear anywhere, ”said the people’s deputy.

The fact that Buzhansky’s bill was not put to a vote before the close of the Rada session means that Zelensky failed the Russian language exam, writes the Politics of the Country Telegram channel.

“Obviously, in September it will be too late, since the school year will begin and there will be no Russian schools. There is a small chance that the question will be brought up for one of the extraordinary sessions before September 1, but it is very small. Thus, the «servants of the people» thus once again eloquently showed that they do not care about a very significant part of their voters. From the point of view of the party’s prospects in local elections in the southeast, this can be another, and very strong, blow to the rating, ”it was reported.

Recall that Buzhansky’s bill is to abolish part of the law on languages, which requires the transition of students in grades 5-11 of Russian-language schools to the Ukrainian language of instruction from September 1, 2020.

It was proposed to equate Russian schools in rights with schools teaching in EU languages, which were supposed to switch to Ukrainian from September 1, 2023.

We analyzed in detail the situation with the Buzhansky bill here.