A monument to Zhukov was doused with paint in Kharkov 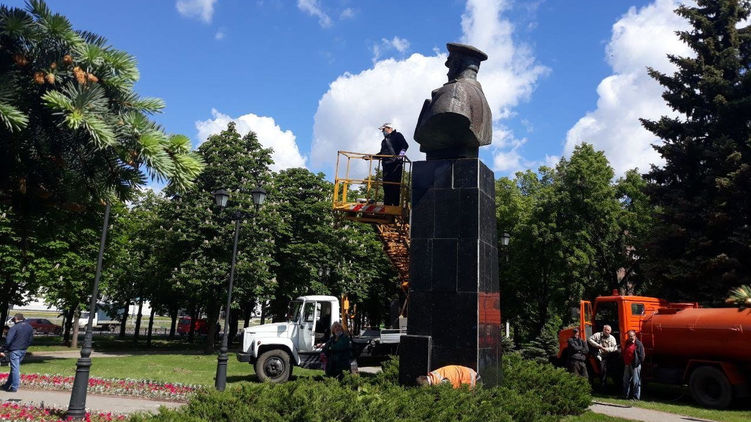 In Kharkov, for the second time in six months, a monument to Soviet Marshal Georgy Zhukov was doused with paint. Mainly the upper part of the pedestal was damaged.

The city site 057.ua informs about it.

It is noted that on May 19, at about 04:00, unknown persons poured red paint over the monument to Zhukov. Most of the poured paint fell on the upper part of the monument, but its traces remained on the cobblestones adjacent to the pedestal.

The report says that the consequences were eliminated by two units of special equipment and ten public service workers.

The next night, the monument to Marshal Georgy Zhukov was again covered with paint. This was reported by the press service of the State Directorate of the National Police in the Kharkiv region, on Wednesday, May 20.

It is noted that information about this came at about 01:10 from the crew of the patrol police.

“The investigative-operational group of the Nemyshlyansk police department left for the scene. Police officers confiscated a broken glass jar with paint residues, ”the report says. The police also added that information about the incident was entered into the Unified Register. The issue of qualification under the Criminal Code of Ukraine is being resolved. At this moment, law enforcement officers are taking measures to establish all the circumstances of the incident and those involved in it.