In Kharkov, a representative of the «Oppoplatform» was poured with brilliant green, who came to support the protest of doctors 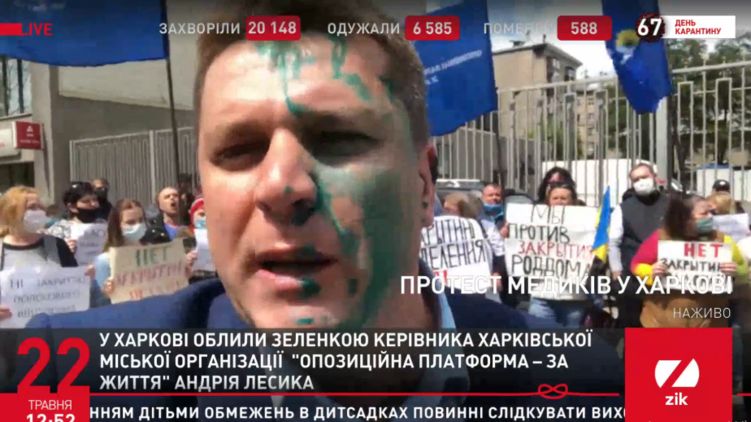 Unknown people in Kharkiv poured brilliant green on the head of the city branch of the Opposition Platform — For Life, Andriy Lesik, while he supported the action of doctors.

This was reported by the Zik TV channel.

As noted, during a rally of employees of the Kharkiv maternity hospital, which is going to be closed, an unknown person approached Lesik, doused him with brilliant green and ran away.

According to the politician, the authorities want to close the maternity hospital in the center of Kharkiv, doing this while people are in quarantine. Lesik also noted that it is not normal that doctors are forced to demand the right to work.

“Is it really normal when such protests take place in the center of Kharkov, when doctors are simply forced to defend their rights? Why in brilliant green? Because our political opponents, apart from green stuff, can do nothing, ”Andrei Lesik said.

Meanwhile, the doctors who gathered in the square demanding the authorities not to close the hospital, chanted «Shame on the leadership!»