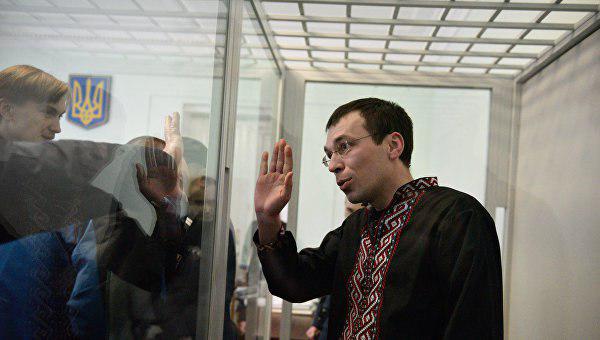 On May 18, the Zhytomyr court once again extended the measure of restraint in the form of house arrest for journalist Vasily Muravitsky, who is suspected of treason. Muravitsky himself announced this on his Facebook, and also told blogger Anatoly Shariy in a skype interview.

“This is the third year of house arrest, the fourth year of the persecution. In Ukraine, there have been isolated cases of detention under house arrest for more than two years over the past 5-10 years. Isolated cases! » — emphasizes the journalist

He does not understand why such an attitude of the Ukrainian justice system towards him:

“At the same time, for two years of round-the-clock and night arrest, I have never violated it, although from 3 to 5 employees of different services watch me every day!

At the same time, the case was not even considered for half a year.»

Vasily Muravitsky is accused of» manipulating public consciousness for the benefit of a foreign state. «

“As if I undermined the entire information security of the country with an article on the site!Ask, is there such an article in the Code or is there such a criminal offense as manipulation of consciousness? But, apparently, they are not judged by the Criminal Code. There is not even such a word there, not like an article! ” — says Muravitsky.

Recall that Vasily Muravitsky was detained by the SBU right in the hospital, where his son had just been born. The starting point of the case was his contract for cooperation with the news agency «Russia Today». Muravitsky is charged under Part 2 of Art. 110 (encroachment on the territorial integrity and inviolability of Ukraine), Part 1 of Art. 111 (high treason), part 2 of Art. 161 (violation of the equality of citizens depending on their race, nationality), part 1 of Art. 258-3 (participation in the activities of a terrorist organization) of the Criminal Code of Ukraine.

A number of international human rights organizations recognized Muravitsky as a «prisoner of conscience», the US State Department called his persecution political.