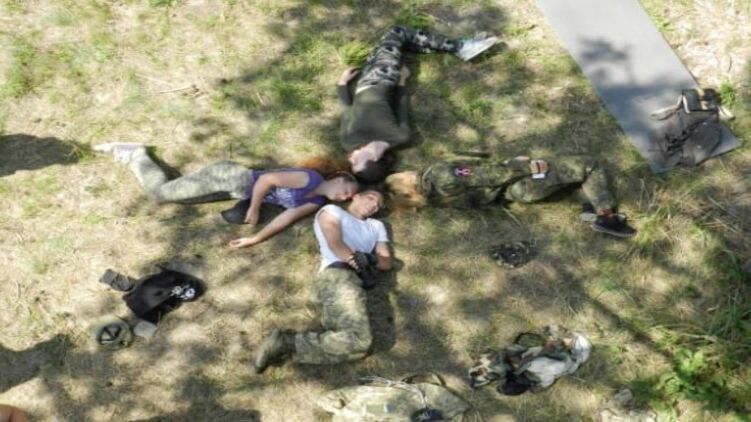 Children from the «Right Sector» youth camp «Commandos» laid out the Nazi swastika with their bodies. It got on the photo, which was published on the social network by the head of the Ukrainian Jewish Committee Eduard Dolinsky.

According to him, the children’s camp is headed by the poetess Diana Vinogradova, who previously served a prison term.

«These children, cheerfully depicting the Nazi swastika, are members of the «Right Sector» youth camp «Commandos». In the camp, children study explosives. The camp is run by the poet Diana Vinogradova (Kamlyuk) who was imprisoned for the murder. In the video, her performance against the yits on the Maidan in 2013, ”wrote Dolinsky.

Note that the website of the «Right Sector» indicates that Diana Vinogradova was sentenced to 4.5 years in prison under Article 161. Part 2 «Inciting ethnic hatred».

Other sources mention that she was serving time for complicity in the murder of a Nigerian citizen.