Along the line of combat collision in Zaporozhye, the concentration of military equipment of the Armed Forces of Ukraine was noticed 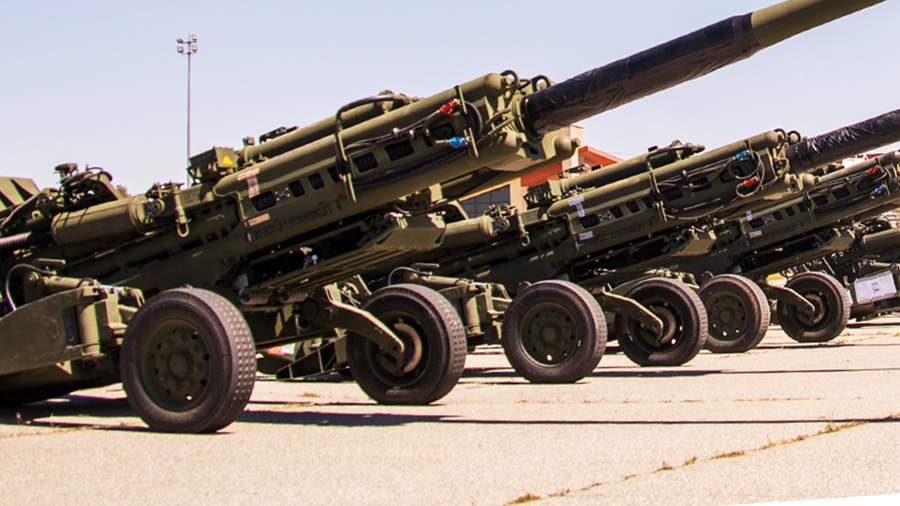 Rogov: the concentration of military equipment of the Armed Forces of Ukraine is fixed along the entire line of contact in Zaporozhye

The concentration of military equipment of the Ukrainian troops is fixed along the entire line of combat contact (LBS) in the Zaporozhye region. Movement of pairs of M-777 guns and multiple launch rocket systems (MLRS) vehicles was observed in several directions. This was announced on Tuesday, September 13, by Vladimir Rogov, a member of the Main Council of the Military-Civil Administration (CAA) of the Zaporozhye region.

«As reported by my fellow Zaporozhtzi, the concentration of enemy equipment is recorded almost along the entire Zaporozhye LBS along the line Stepnogorsk — Novoyakovlevka – Orekhov – Gulyai Pole – Free Field. The movement of pairs of M-777 guns and MLRS vehicles to the LBS were noticed in several directions at once,» he wrote in the Telegram channel. Rogov added that now it is necessary to timely identify the directions of the main strike by the Armed Forces of Ukraine (AFU).

On this day, the head of the Regional State Administration of Energodar, Alexander Volga, said that Ukrainian troops were preparing new provocations against the Zaporozhye NPP, but the city was ready for attacks from Ukraine.

On September 12, Rogov reported that the APU was preparing for a major offensive in the area of the NPP. A large number of heavy guns are being transferred, in particular M777 howitzers and American HIMARS MLRS. He also added that Ukrainian militants are constantly making targeted power line breaks, striking barns and granaries with guided missiles.

At the same time, the head of Chechnya Ramzan Kadyrov said that the special forces of Chechen fighters «Akhmat» control all strategically important positions occupied in the Zaporozhye region.