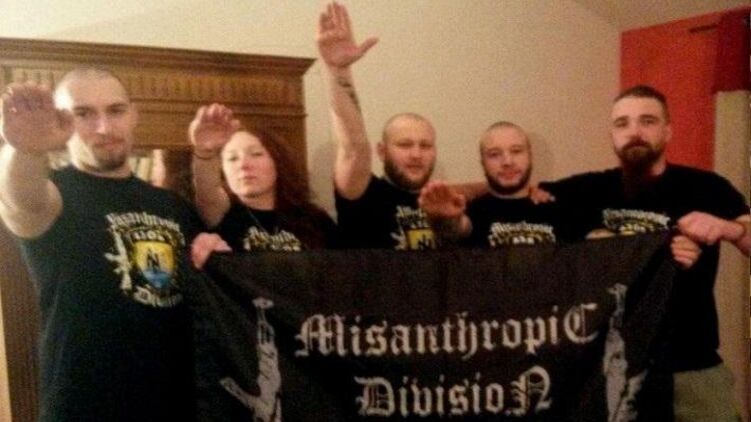 An investigation report of the London-based Center for Countering Digital Hate (CCDH) has been published online. It is called the Hatebook.

The Book of Hate details the use of Facebook to coordinate neo-Nazis internationally.

In Ukraine, the core of such activities, the report says, is the Azov battalion and the terrorist Misanthropic Division.

“Both groups are trying to export their ideology to Western countries, gain followers there and incite violence. The Azov Battalion, a neo-Nazi paramilitary force, offers to host and train American members of the aggressive Rise Above movement. The Misanthropic Division, closely associated with Azov, influenced domestic extremists in the US and UK accused of terrorist crimes, ”the Hatebook said.

The report focuses on the fact that Ukrainian radicals supply Western adherents with Nazi symbols, literature, and ideas. The compilers of the analysis identified a total of 61 radical right-wing accounts. At the head of this «pyramid» is «Azov». Public audience — about 112 thousand readers from around the world. The main platforms are Facebook and Instagram.

The head of CCDH, Imran Ahmed, said that the Facebook management was notified of the activity of these groups, but until today they are available for viewing.

The British edition of The Observer, which comments on the report, gives a specific example — a student from the UK, Andrew Daymock, who is accused of 12 terrorist articles, found the symbols of Misanthropic Division.

The newspaper calls Azov a neo-Nazi group. The fact that its members are part of the National Guard of Ukraine is not indicated.

The CCDH investigation is not the first on the topic in recent years. In mid-November, investigative journalist Christopher Miller produced a similar piece for Buzzfeed.

The article details how Azov and the National Corpus continue to operate on social networks, despite attempts to remove propaganda from Ukrainian ultra-right groups from there.