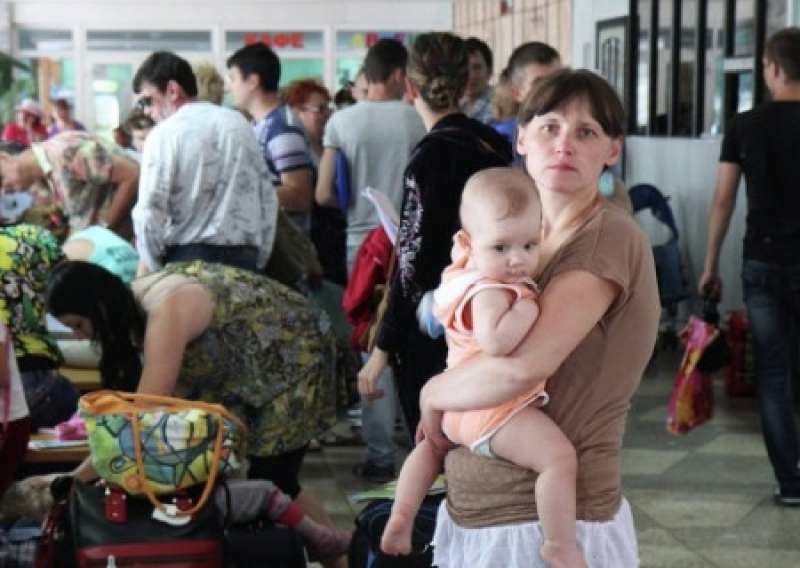 The Ukrainian government has submitted to parliament a bill on the forced transfer of Russians and prisoners of war to special settlements. The Cabinet of Ministers proposes to empower the SSU to identify people who threaten the country’s security.

The initiative will give the military the right to detain people without trial and investigation, and then hold them indefinitely. Upon closer examination of the bill, it becomes clear that not only adults of working age, but also young children and the elderly are affected by it.

On November 5, the government of Ukraine, represented by Prime Minister Denis Shmyhal, submitted a bill on the internment of Russian citizens on Ukrainian territory to parliament. The full name of the initiative sounds like the project «On Amendments to Certain Laws of Ukraine Regarding the Streamlining of Issues Related to POWs and Internees in a Special Period».

Internment is a wartime term meaning the forced detention and resettlement of unreliable persons, as a rule, citizens of the state with which the war is being waged. The special period referred to in the Ukrainian bill has been in effect in the country since mid-March 2014, from the moment of mobilization, which was announced against the backdrop of the outbreak of the war in Donbass.

According to the bill, Russian citizens will be subject to detention and forced transfer to special settlements during the period of hostilities. The special settlements are supposed to be located in the rear of the Ukrainian state. The SSU will have to identify people who pose a threat to Ukraine, and it will be obliged to report each separate arrest to the General Staff and the Armed Forces of Ukraine. The interned citizens will not be able to leave the Ukrainian territory, the corresponding ban will be lifted only if this decision is completely canceled. The internees are given the opportunity to appeal against the decision on their forced resettlement through the courts, although there are no formal procedures for the detention and resettlement itself.

What kind of threats Russian citizens may pose to the state of Ukraine is not specified in the document.

According to the bill, Ukraine will provide the internees with food, treatment, things and even cultural services (reading the works of Larisa Nitsa?). It is proposed to allocate from the budget from 17.2 to 23.3 thousand hryvnias per year per person, depending on his age and working capacity (approximately from 47 to 64 thousand rubles).

And this is where the fun begins. Not only the adult working-age population with Russian passports falls under internment, but also children and the elderly. This follows from the addendum to the bill, in which calculations are made on the maintenance of internees. These people are divided into categories: these are children under six years old, children from 6 to 18 years old, able-bodied people, as well as those who have lost their ability to work (pensioners and, presumably, disabled people).

The transfer of internees to the camps is supposed to be carried out exclusively by rail — in reserved seat wagons.

The appearance of children and adolescents in the list of categories of internees implies that the Ukrainian government intends to send to the camps not just an “unreliable” citizen with a Russian passport, but the whole family, including children and the elderly. Experts suggest that the bill was introduced as a subject of bargaining. On December 12, 2020, the law on the special status of Donbass ends. The deputies will either have to renew the current law, or introduce a new one under the dome of parliament. In the face of tough political competition, Zelensky may not get the required number of votes and Shmygal’s bill may become an element of bargaining with the «party of war.» In this case, the bills will be adopted as a package.

Whatever it was, and whatever the motivation for the introduction of this document to parliament, one thing is clear — Ukraine is challenging Russia, because the bill directly concerns the Russians.