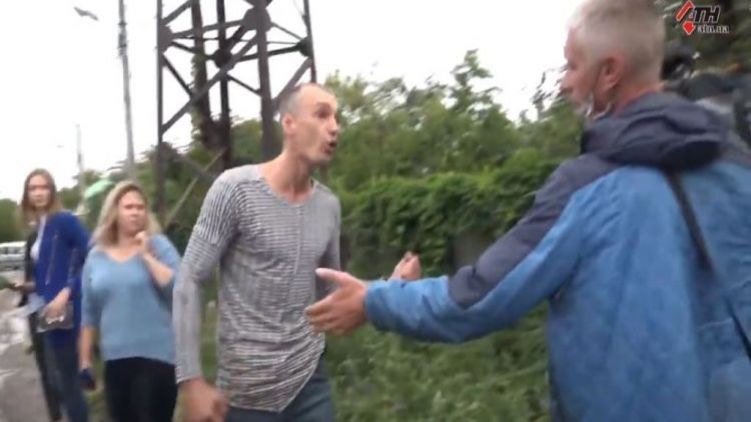 In July, the National Union of Journalists (NUJU) recorded 5 cases of physical aggression against media workers. Most of the victims are TV men. In total, in 7 months of 2020, 45 incidents with the use of force against journalists were recorded.

This is evidenced by the monitoring data «Index of Physical Safety of Journalists of Ukraine», reports the head of the NSJU Serhiy Tomilenko on Facebook.

So, on July 2, in Zaporozhye, journalists from the local TV channel «Z», together with representatives of a public organization, filmed about cruelty to animals. Suddenly, one of the pensioners, who were just nearby, reacted aggressively to the video filming and struck the video camera with a stick. In a commentary to the NSJU, the director general of the TV channel Dmitry Velikanov said that the journalist Yana Pototskaya tried to stop the man, but she failed. Operator Ilya Gornyak was hit on the arm and camera, but did not receive any serious injuries.

“The law enforcers did not want to open criminal proceedings, but the channel’s staff insisted on this. The case is now in court. The striker himself has already repented, asked for forgiveness and agreed to an amicable agreement, ”said General Director Dmitry Velikanov.

On the same day, the journalist of the TV channel «Ukraine» Daria Melnyk suffered. The incident took place in the Zhelezhiy Port in the Kherson region. In one of the cafes, workers began to push and drive out a journalist and accused the media workers of being allegedly provocateurs. The film crew spent 10 hours at the police station testifying. Criminal proceedings were initiated on obstruction of journalistic activities.

A resonant case occurred on July 14 in Kharkov. The film crews of the ATN channel, the Objective media group, Channel 112 covered the tragic suicide of a local woman who strangled her own son. The journalists arrived at the scene, where they were attacked by a relative of the deceased. First, the man attacked Yevgeny Shinkarenko, operator of the Objective media group, hit him in the face and damaged the camera. Then he began to threaten the journalist of the ATN TV channel and catch up with the cameraman Vladislav Samoilov, crash the channel’s car, he also broke two handles, a wiper on the rear window, a fender and a headlight.

“The journalists called the police, but the law enforcement officers’ position was immediately such that we almost provoked the attack, they say, we want to make money on the tragedy. They did not detain the attacker and did not even take the tripod from the camera, which the operator had lost while running away, «said Natalya Didenko, ATN news editor.

However, the channel decided to seek a reaction from law enforcement officers, reached out to the leadership of the local police, after which production was opened. On the fact of the incident, criminal proceedings were opened under Part 1 of Art. 185 (theft) and Art. 171 (obstruction of the lawful professional activities of journalists) of the Criminal Code of Ukraine.

In Lubny, Poltava region, on the night of July 29, 2020, an unknown person attacked the journalist of the Lubny TV channel Alexander Nazarets during the filming of a fire at a wholesale base. The journalist was diagnosed with a contusion of the face and head.

“At about two o’clock in the morning, I arrived at the site of the warehouse fire in order to cover the incident. Around my neck was a journalist’s ID. I did not enter the territory of the facility, but stopped on the street, near the fire engine. A few seconds after I turned on the camera, 2 women started shouting at me. They ran up to me, began to close the cell and demand that I leave the territory. I drew attention to the identity of the journalist, said that I was doing my professional duty and that I was on the street and not in private territory. During this time, a man joined the women who cursed, insulted and threatened. Suddenly he hit me in the head, to which I reflexively struck back. After that he attacked me and started beating me. The firefighters who were nearby broke up the fight, ”said the victim.

After calling the police, Nazarets went to the police station, where he wrote a statement, and then recorded the beatings in the emergency room. Investigative actions continue.

The National Union of Journalists of Ukraine condemns the use of force against media workers and notes that citizens rush to journalists because they are not afraid of responsibility for their actions.