In the Kirovograd region, the authorities «transfer» the communities of the UOC to the OCU without their knowledge 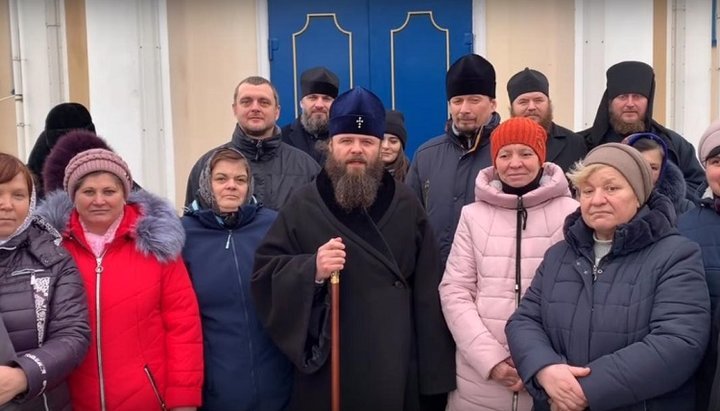 Over the past six months, the authorities of the Kirovograd region have illegally re-registered the UOC communities in four settlements in the OCU without their knowledge.

The Kirovograd Regional State Administration, by its orders, without the knowledge of the UOC communities in the cities of Kropyvnytskyi and Znamenka, the village of Olshanka and the village of Uspenka, “transferred” them to the OCU. It is reported by the «First Cossack».

As it turned out, the communities of the UOC in the cities of Kropyvnytskyi and Znamenka, the village of Olshanka and the village of Uspenka «transferred» them to the OCU by orders of the Kirovograd Regional State Administration, which states that the re-registration allegedly took place «at the request of the religious community and in accordance with Art. 14 of the Law of Ukraine «On Freedom of Conscience and Religious Organizations» and Art. 25 of the Law of Ukraine «On Local State Administrations» «. However, the communities of the UOC were re-registered without their knowledge.

The documents on the “transfer” of communities were falsified, the authors of the story claim, ex-head of the Kirovograd Regional State Administration Andrei Balone and his deputy I. Kuzmin.

An example is the forced re-registration of the Holy Dormition Church in the village. Uspenka, where at the end of 2019, representatives of the authorities, with the participation of the Right Sector security officials, initiated a meeting of the territorial community of the village, where an illegal decision was made to transfer the UOC church to the OCU.

As the rector of the Holy Dormition Church told. Dormition Archpriest John Onisko, a message came from the RSA that the UOC community was re-registered as the OCU. Since today there is no appointed chairman of the Kirovograd Regional State Administration, no one had the right to approve the charter of the religious organization, however, as the priest explained, it turned out that the first deputy I. Kuzmin signed and registered the charter of the OCU community. Community of the UOC with. Ouspenka filed a complaint with the police.

Commenting on the situation, Archbishop of Alexandria and Svetlovodsk Bogolep stressed that the very fact that the churches of the UOC suddenly «change» their jurisdiction at the stroke of a government official’s pen is not just outrageous, but testifies to the lawlessness in the religious sphere.

“Our religious communities are confronted with the fact of state arbitrariness, because an official, according to his views, without taking into account the facts of abuse, substitution of documents or their inaccuracies, can simply restrict the rights of believers, as well as leave out the legal field of life of Ukrainian citizens. Of course, there should be a trial again, we will again have to direct our efforts and time not to prayers, temple building or the creation of communities — social, spiritual and cultural moments, but to conflicts, ”the Vladyka noted and added that this drives the local authorities a wedge discord in the religious environment of the region.

The bishop, on behalf of the faithful of the Alexandria diocese, called on everyone who can change the situation for the better, to do so, and summed up that the diocese will legally defend the rights and interests of the communities.