«Hasidim are not served.» In Uman, the store refused to serve pilgrims 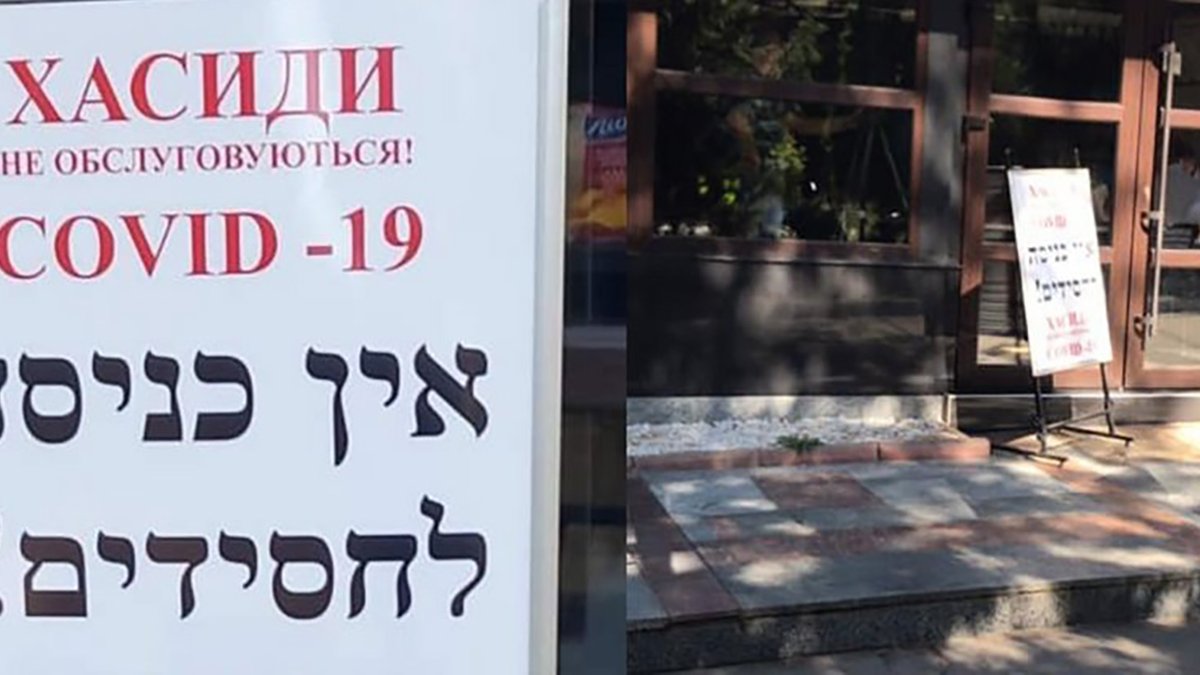 On the morning of September 11, at one of the shops in Uman on Tishchik Street, a sign appeared with the inscription that “Hasidim are not served. Covid-19 «in Ukrainian and Hebrew» Hasidim are not allowed in. » A photo of the ad on his Facebook page was posted by one of the members of the Bratslav Hasidim community in Uman, Haim Khazin, who considers the ad discriminatory.

Khaim Khazin noted that until today there has never been such an attitude towards Hasidim. At the same time, such an ad was found only at the entrance to one institution. It is known that the author of the photo received threats when he approached the establishment to take a photo.

On this fact, the United Jewish Community of Ukraine has already applied to law enforcement agencies with a statement to open a criminal case under Article 161 «Violation of the equality of citizens depending on their race, nationality or attitude to religion.»

A photo of the plate, which was posted on the personal page by the head of the United Jewish Community of Ukraine and the representative of Likud World in Ukraine, Michael Tkach, was distributed on social networks. In the comments to the post, Facebook users thought the photo might be fake. Members of the Jewish community took additional photographs to prove it.

As a reminder, from September 18 to September 20, Rosh Hashanah, the Jewish New Year, is traditionally held in Uman. Therefore, many Hasidic pilgrims come to the city in advance.