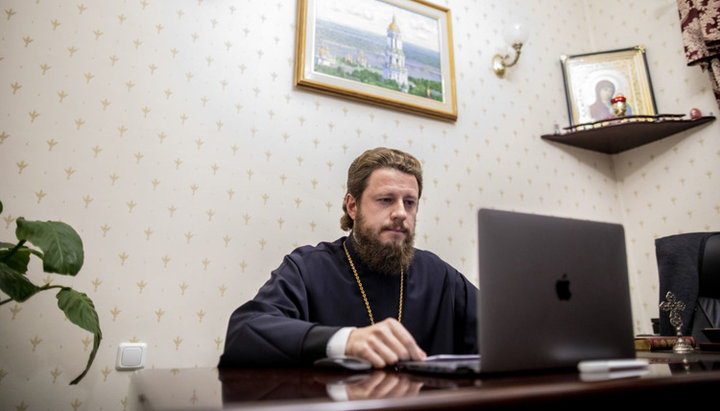 Bishop Viktor (Kotsaba) of Baryshevsky took part in the OSCE annual meeting dedicated to the issues of religious freedom and the protection of human rights.

On November 9, 2020, Bishop Victor (Kotsaba), Head of the Representation of the Ukrainian Orthodox Church to European International Organizations, during the OSCE annual Supplementary Human Dimension Meeting (SHDM) on Freedom of Religion or Belief, called for a more active response to systemic violations of the rights of believers in the UOC. This was reported by the Information and Education Department of the UOC.

The meeting, which was held online this year due to the COVID-19 pandemic, was attended by representatives of OSCE states from Europe, North America and Asia, human rights and other non-governmental organizations.

During his speech, the hierarch stressed that violations of the rights of believers of the UOC in Ukraine still do not stop. In particular, he informed the representatives of the international community about the facts of beating of believers in the village of Zadubrovka, Chernivtsi region and gross incitement of hatred in the city of Zolochiv, Lviv region. Bishop Victor also recalled that the problems of seizing the churches of the UOC and the discriminatory “law on renaming” remain unresolved.

The OSCE meeting participants were presented with a written statement of the UOC Representation, which, among other things, contains a link to the documentary base of facts of violations of the rights of believers of the Ukrainian Orthodox Church, created by the human rights organization Public Advocacy and posted on the UN website in the form of written reports.

Some documents on violation of the rights of believers of the UOC, which have been posted in the OSCE and UN systems over the past years, can be found at the links indicated on the website of the Information and Education Department of the UOC.