How Russian schools translate into Ukrainian language of studying 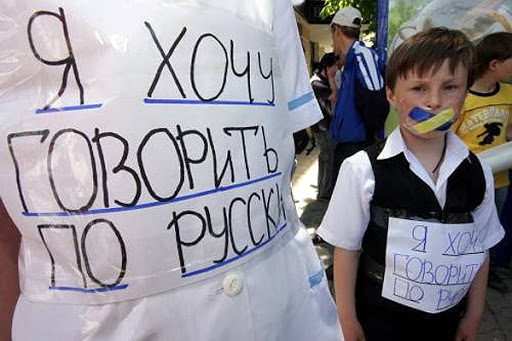 Today, June 10, an inventory of textbooks has started at Ukrainian schools. This follows from the document signed by the acting. Minister of Education Lubomira Mandziy.

Activities are being held to redistribute books among schools. After all, starting next year, they will no longer teach in Russian in Ukraine. There are no Ukrainian books in Russian schools, and others should share with them.

However, the parents report that they are in no hurry to provide their children with textbooks and ask to purchase them on their own. That is, they will also have to pay for forced Ukrainization from their own pockets.

We figured out how Russian schools translate into Ukrainian language of instruction.

Today, the parent Alla Kolesnikova from Odessa published a message in the popular Facebook group «Fathers SOS», in which she shared the difficulties that have arisen due to the transition of all Russian schools in the country to Ukrainian.

Her son is attending local school # 51.

“If your child’s school explains that due to the transition of Russian schools to the Ukrainian language, there are no textbooks, you need to buy, ask for an official document from the Ministry of Education and Science confirming the absence of textbooks,” Kolesnikova writes.

Alla Kolesnikova attaches this document of the Ministry of Education to her post. The letter is dated May 29 this year, signed by the acting Minister of Education Lubomira Mandziy. His official addresses the heads of regional departments of education, the Kiev city administration.

It says that from the 2020-2021 academic year, all students who belong to the national minorities of Ukraine (that is, the Russian-speaking population) will switch to the Ukrainian language of instruction. This is regulated by the laws «On education» and «On ensuring the functioning of the Ukrainian language as the state language» (better known as the law on total Ukrainianization).

The essence of Mandziy’s letter is that it confronts the fact of a centralized inventory of funds from 10 to 29 July to provide textbooks that are printed in Ukrainian.

According to the results of the inventory, according to Lubomira Mandziy, the redistribution of textbooks between the administrative-territorial units is envisaged. That is, books from Ukrainian schools should be transferred to Russian schools, where from the new academic year they will also teach almost all subjects in language.

The letter does not say that parents have to pay for missing textbooks, but only recommends starting an inventory of books that can be shared with other schools.

However, as the mother from Odessa asserts above, they offer to buy textbooks in their school. That is, there are not enough library funds for all after the inventory. Apparently, they decided to translate Russian-speaking schoolchildren into Ukrainian as soon as possible — not looking at the fact that the schools were not ready at all, and the required amount of literature was not printed.

Thus, the situation is surreal. Russian-speaking parents will have to pay for Ukrainian books, according to which they do not always want to teach their children. After all, those who remained at the moment in the Russian school, most likely did it deliberately — there are a lot of Ukrainian educational institutions now.

Parents can now incur hefty costs because textbooks are now expensive. Ukrainian language for grade 5 by Zabolotny — 150 hryvnia. This is just one tutorial, and you need a whole set. And only for one child, and parents may have several.

The closure of Russian schools has not been postponed

The course of closing schools with Russian as the language of instruction was taken when Poroshenko and Co. were in power. This norm is spelled out in the law «On Education», which was adopted in 2017.

A large part of Zelensky’s electorate are Russian-speaking Ukrainians. They voted for him, including to amend laws that infringe on their rights. This is not a figure of speech: the Venice Commission, the main international arbiter on such issues, called the closure of Russian schools an infringement of rights.

Soon after taking office, Volodymyr Zelenskyy held a press conference, where he answered evasively when asked about the closure of Russian schools. Like, I have not had time to grasp the question yet.

More than a year has passed since his appointment. Since then, Ze not only did not abolish the most scandalous norms of the Ukrainianization law, but also signed his own — on secondary education. Which Russian schools are destroyed as a class. That is, this «achievement» is already in the treasury of Vladimir Zelensky personally.

The share of subjects read in Russian after primary school cannot exceed 20%. And this is clear discrimination against other national minorities.

So, for children who study in the languages ​​of the European Union (English, Polish, Hungarian and others), the share of the Ukrainian language from grade 5 to grade 9 is gradually increasing from 20 to 40%. And for the indigenous peoples, which include the Crimean Tatars, you can study all subjects in your native language until the end of school.

The authorities justified this by the fact that the Russian-speaking, they say, are in their own language environment, so they will not suffer. In addition, they have a state that protects the interests of the Russian language in the world (Russia), while the Crimean Tatars do not.

It is true, this strange logic — how, interestingly, should the Russian Federation protect the interests of Russian-speaking people on the territory of Ukraine? — did not find support in the European Union. The Venice Commission called this approach discriminatory and called for a separate law that protects the rights of national minorities.

However, the authorities have not yet started this. And at a recent press conference, Zelensky did not answer a journalist’s question why Russian schools were being closed.

The only concessions that the government is ready to make so far are the same Hungarians who are blocking the movement of Ukraine into NATO, demanding to give their national minorities in Ukraine even more linguistic rights. Zelensky is afraid to observe the rights of Russian speakers because of the protests of nationalists.

True, here for the president is a double-edged sword. Forced Ukrainization of schools, which will begin in September, could seriously weaken support for the president in Russian-speaking regions. Therefore, it is possible that on the eve of the October elections, the authorities will take some steps towards linguistic liberalization.

At least such talk is going on in the ruling party. More details about them — in the article «Strana» «Closer to the elections need to be changed.» Will the authorities rewrite the laws on Ukrainization?