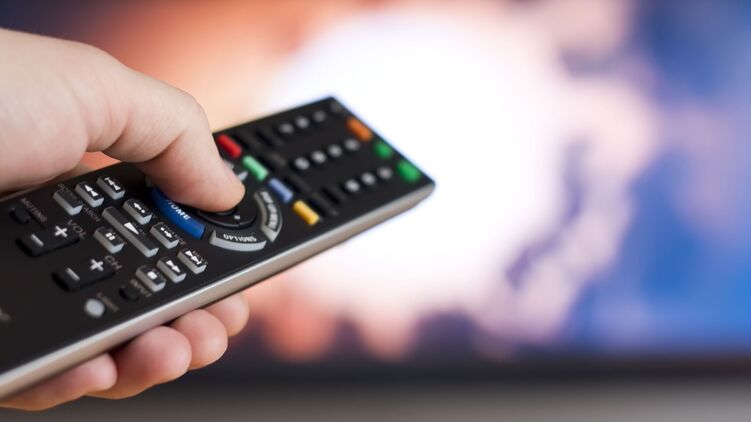 «Servants of the people» are clearly ahead of their predecessors from the Rada in curbing freedom of speech. They are now promoting two new scandalous bills in parliament.

The first gives the SSU the right to seek out “unreliable media outlets” and initiate their closure through the National Council for Television and Radio Broadcasting.

The second — prohibits denial of Russian aggression, as well as the hybrid war of the Russian Federation against Ukraine on TV. With the same legal implications. As is usually the case in such cases, the grounds for reprisals are written out so broadly that any opinion expressed on television can be summed up under them.

Minus license for «denial of aggression»

Yesterday, the Rada’s Committee on Humanitarian Policy (headed by Nikita Poturayev, «servant of the people») approved the bill # 4188.

If this rule is violated live by a guest of the channel, then he is not responsible for this — but only if the presenters took measures to stop the expert’s speech. For example, they turned off the microphone or interrupted it, claiming that such speech was illegal.

If the media workers did not do this, the case goes to the National TV Council. Which, after the first violation, assigns a fine — 25% of the license fee. And if this happens again, the channel can revoke the license through the court.

It is not entirely clear what is meant by the denial of aggression or occupation. Either these are straightforward statements like «I deny aggression» or «there is no occupation.» Or — assertions that, for example, there is no war between Russia and Ukraine (officially this is exactly the case).

It is also unclear what to do if, for example, these theses are heard from the rostrum of parliament or from a committee meeting (as it was recently with the ex-representative of Ukraine in the TCG, Vitold Fokin). Should the media interrupt the live broadcast or cut this piece out if the plot is recorded?

The bill is written in such a way that practically any news or statements about relations between the Russian Federation and Ukraine can be summed up under the «denial of aggression». Such attempts have already been made in other scandalous bills from «servants»: on disinformation and on the media. But, apparently, they decided to go from the other side. And to get a tool against unwanted TV channels in a new way.

The author of the initiative was also a «servant of the people» — MP Oleg Dunda. He is also known for proposing imprisonment for denying Russian aggression. And even introduced a corresponding bill to the Rada in early autumn.

So far, there is no media bill on the agenda. But the very fact of its approval by the profile committee, where «servants of the people» dominates, is characteristic.

SSU — to the censors

The second scandalous document is a bill on new functions of the Security Service of Ukraine (SSU).

At the end of October, a bill 3196-d on the reform of the SSU was submitted and began to be heard in committees. It is an alternative to the presidential draft, which was submitted to the Rada in the spring. And, judging by the list of authors, it will be considered seriously.

Among the initiators are “servants of the people” David Arahamia (head of the faction), Fedor Venislavsky (Zelensky’s confidant in the Constitutional Court), Irina Vereshchuk (ex-candidate for mayor of Kiev) and other “servants”. And also Mikhail Zabrodsky from Eurosolidarity.

This bill gives the SSU an interesting function — to monitor the propaganda of terrorism and separatism on TV and radio. And to make a presentation on such a TV channel to the National Council — after which he can start checking the media and then either fine or go to court to revoke the license.

It would seem that if the programs contain signs of separatism or terrorism, why shouldn’t the SSU initiate a criminal case and bring specific perpetrators to justice?

Instead, a kind of indistinct «idea» is introduced, although in the rule of law there is only one criterion — whether the law is violated or not.

That is, the authorities need an instrument to control the media. For which legally strange structures are being constructed.

The bill was criticized by the National Union of Journalists.

“We are concerned about these initiatives regarding the new bill. We do not even want to discuss how it will look in practice. We must respect the generally accepted practice that some extra-repressive measures against the media should be carried out exclusively through the courts, ”said Sergei Tomilenko, head of the NUJU.

According to him, if the bill is adopted by the Verkhovna Rada, then there is a high probability that the Ukrainian special services will crack down on the TV companies they dislike.

“All over the world, the media receive the right to legal protection, to appeal, so that media journalists are not victims of political repression. We want the SSU and all law enforcement agencies to duly fight crimes and criminals, separatism. But there is a great risk of political speculation, so we support the practice of responding to emergencies exclusively through the courts! » — emphasized Tomilenko.

It is interesting that there are no specified norms in the presidential bill. Therefore, there is a chance that it will be adopted, and not an additional document.

But the fact remains — the creeping attack on freedom of speech in Ukraine continues. Moreover, it is already obvious that this is an artillery barrage on the eve of the upcoming elections — parliament and president. And with an eye on the failure of the «servants of the people» in the local elections.

So, in September, the scandalous law on media appeared on the agenda of the Verkhovna Rada, which introduces the blocking of websites for content that is undesirable to the authorities — the criteria of which are also written out in very broad interpretations. Moreover, it is not the page on which the «sedition» is located, but the entire resource in general.

Also, the bill gives the National TV Council gigantic powers to control not only television, but also the Internet, as well as the print press.

The document caused a lot of complaints in all human rights organizations, including international ones. But this only slows down, but does not completely stop the intentions of the «servants of the people» and, apparently, personally of the president, to silence the Ukrainian media.

After all, it is Volodymyr Zelensky who constantly allows himself to publicly let go of the pins and express dissatisfaction with certain channels. Especially against those controlled by the Opposition Platform, NewsOne, Zik and 112, which in the summer they tried to «squeeze» through the courts and transfer them to ATAM (Agency for Tracing and Asset Management).