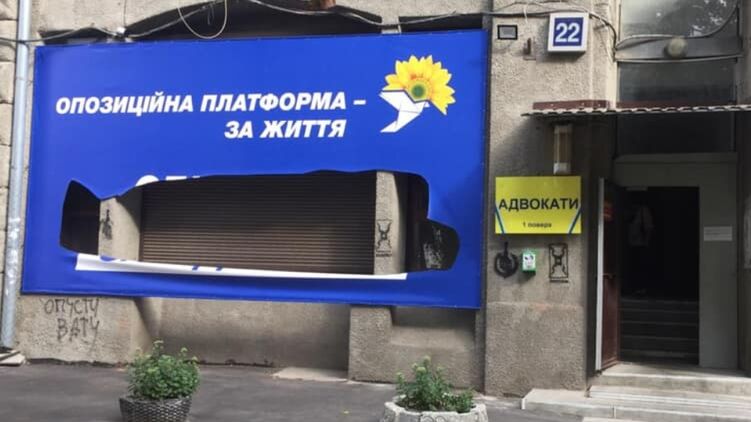 On Wednesday night, August 26, in Kharkov, the facade of the new office of the city organization of the Opposition Platform — For Life party, which is located on Poltavsky Shlyakh street, was damaged.

This was announced by Andrey Lesik, the head of the Kharkiv city organization of OPFL, on his Facebook page.

“Under cover of the night on August 26 in Kharkov, an attack was made on the public reception of the city organization of the Opposition Platform for Life,” he wrote.

He added that the office in the city was opened yesterday, August 25. In addition, Lesik also posted photographs showing a damaged large party banner at the entrance to the office.

Also in the photo are address plates painted with paint with stickers and symbols from the new far-right organization Centuria.

According to the State Administration of the National Police in the Kharkiv region, today at 11:40 am Lesik called line 102 and reported what had happened. Currently, an investigative and operational group is working on the spot.