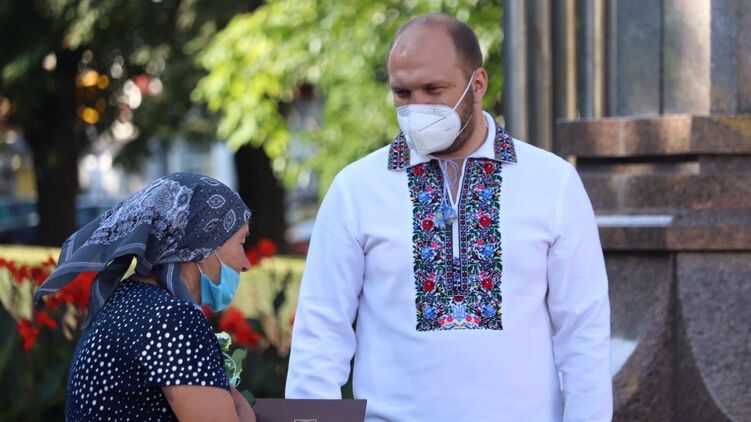 The video of the deputy’s speech was published on YouTube.

So, Yatsikovsky, during a public speech, sang the song «Zh @ d before hanging.»

Here is the full text of the song:

“Our power is blooming everywhere

The Jew is screaming, don’t hit me don’t,

and him in a small garden, in a quiet corner

the rope is waiting, waiting.

In vain they search our hut

The bayonets are not blunt yet

Machine guns have not yet rusted

And him in a little garden, in a quiet corner

The rope is waiting, waiting «

A Moskal is walking through the village singing —

the shot sounded and it is gone. «

In this regard, People’s Deputy from the Opposition Platform — For Life, Renat Kuzmin, sent an appeal to the National Police to prosecute Deputy Yatsinkovsky. The People’s Deputy wrote about this on his Facebook page.

“During his public speech, B. I. Yatsikovsky, who, due to his membership in the political party Oleg Lyashko’s Radical Party, has established convictions, political and public views, through the performance of a song he openly incited national enmity and hatred towards citizens who identify themselves as to the Russian and Jewish nations, while humiliating and insulting the national honor, dignity and feelings of these citizens in connection with their ethnic origin, ”Kuzmin said in a statement.

Note that Yatsikovsky is the Deputy Chairman of the State Commission for Mineral Resources for Economic Development and International Activities, as well as the head of the Ternopil territorial organization «Oleg Lyashko’s Radical Party».